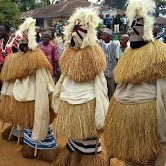 Rich in arable land and forest, Jawei Chiefdom shares  border  with its close neighbouring chiefdoms of Njaluahun, separated by the Moa River and Malema Chiefdom on the other side.

The three chiefdoms have lived together in peace even during national political periods. They practice a rich and admirable culture known as the “Jawei Culture” which symbolizes peace, not only among the people of Jawei Chiefdom but also among the people of the three sister chiefdoms of Jawei, Njaluahun and Malema chiefdoms.

In 2002, just after the decade long civil war, a very peaceful parliamentary election was conducted under  the  District Block Proportional Representation System thereby ushering in Honorable J. Q. B. Sawi into Parliament.

In 2012, at the demise of Honorable J. Q. B. Sawi when political constituency system resumed,  Jawei Chiefdom became a Single Constituency Chiefdom known by then as Constituency 006 now 007, with Hon. Moinina Conteh as the first Honorable to enjoy the highest level of unity under the  Sierra Leone People’s Party ticket.

Since then and in the last fifteen years, Jawei Chiefdom had remained  a one chiefdom constituency and was first represented in Parliament by two successive MPs from the current ruling SLPP both of whom occupied the seat in Parliament during the All People’s Congress Party (APC) regime.  Ironically, the current MP is an Independent MP now occupying the Constituency 007 seat under the SLPP led Government.

The two General Elections which sent to parliament Honorable Moinina Conteh and Honorable Maada Moiwai Momoh in 2007 and 2012 respectively were reportedly very peaceful as against the last one held in 2018 which awarded the Constituency 007 seat to Honorable Quinton Salia Konneh under the Independent ticket.

The violent attacks of persons during rallies of the 2018 parliamentary elections in Jawei Chiefdom countered the accolade  of Jawei chiefdom as being a peaceful chiefdom and turned the once peaceful chiefdom into a politically hostile land.

For more on this history, do take a moment to go through how it all started, what’s the current situation and what solution I would personally proffer at the end of this write-up.

The 2018 political crisis that has deprived Jawei of the much needed development packages is more of a personal vendetta than a political battle as people of the same political party fight one another.

The 2018 parliamentary election in Constituency 007, formally 006 had gained its background from grudges accumulated from the 2012 symbol award contest of the SLPP and led to a vindictive and destructive fight among members of the same political party – the Sierra Leone Peoples Party (SLPP).

This  internal wrangling expanded to encourage the other political parties to merge and fight a common enemy ,the incumbent SLPP MP Maada Moiwai Momoh and ushered in an Independent candidate to represent Jawei Chiefdom or Constituency 007.

It all started with the struggle for the Sierra Leone People’s Party (SLPP) symbol for the parliamentary seat of Constituency 007 in Kailahun district.

As a way to limit intraparty fights and defections, the party has an internal support mechanism with the understanding that all factions (loosing or winning) will support whoever that emerges the winner in such elections. This move was to sustain the overall victory of the SLPP party in the Constituency. For the most part, this was not the case in the Quinton Salia Konneh and Maada Moiwai Momoh elections as we will later come to see in this article.

In all of these arrangements, the most blatant display of hurly-burly was in 2018 which has somewhat been tagged as the most violent parliamentary symbol election in the history of that constituency.

But just before that, in 2012. former Honorable Moinina Conteh who was seeking a second term contested for the SLPP ticket but was defeated by Maada Moiwai Momoh for the seat of Constituency 007. Maada Moiwai ended up representing the Constituency in Parliament.

Whilst serving his term, Karmoh Conteh (son to Moinina Conteh) happened to work as an Administrative Staff in Parliament (Senior Committee Clerk). Karmoh Conteh later used his office to revenge his father’s dealings with Maada Moiwai Momoh by lobbying against some of his attempts to bring development to the chiefdom.

Regrettably, this singular action by Karmoh deprived a whole Chiefdom of development for a whole term; something that has been consistently echoed by Maada Moiwai. This same Karmoh will later show up to contest for the SLPP parliamentary ticket in 2023 to still continue to fight Maada Moiwai.

The aftermath of that election left so much animosity between the two as Hon. Moinina Conteh had accused Maada Moiwai Momoh of not allowing him to go for a second term.

As far as Moinina Conteh was concerned, this was an affront to his political ambitions and it was too much to take.

The ousted Hon Moinina Conteh was so bitter that he supported the candidature of an Independent candidate from the home town of Honorable Maada Moiwai Momoh but lost woefully in the 2012 elections.

Little could many SLPP supporters believe that a former SLPP honorable could  openly support  an Independent candidate against the party that sent him to Parliament.

Fast forward 2018, Maada Moiwai Momoh came back to seek for an SLPP ticket which he ended up winning for his second term, on 5th January 2018 after getting 25 votes as against Quinton Salia Konneh who secured 8 votes only.

Quinton Salia Konneh, a young social worker who lost against Maada Moiwai Momoh could not pass most of the standards set by the Party Executive for an SLPP ticket to parliament. The decision to not award Quinton Salia Konneh was now maximized by the 2012 ousted MP as an opportunity to spit fire back at Maada Moiwai Momoh for what he did to him in 2012.

The former MP, Moinina Conteh seized the opportunity in influencing Quinton Salia Konneh who had lost to Moiwai to contest for Parliamentary seat under an Independent ticket.

Even though there were doubts over him being a true son of Jawei Chiefdom, Moinina Conteh ignored all of those red lights to render an eye for an eye for Maada Momoh. In fact he was quoted severally in public places to have vowed never to allow Maada Moiwai Momoh to win the seat he had occupied in Parliament. Apparently, most people came to know Quinton Salia Konneh as more of a “Bo Town” Boy than a “Daru Borbor”.

Moinina Conteh later mobilized other disgruntled SLPP supporters who had supported Quinton Salia Konneh in that election to form a strong resistance against the SLPP symbol winner of the seat.

The 2018 Elections finally came and it happened that Quinton Salia Konneh, the young lucky Independent candidate was blessed by the merger of disgruntled SLPP supporters sandwiched by supporters of the All Peoples Congress Party and won the elections.

They had been convinced to fight their common enemy which was the SLPP as represented by Maada Moiwai Momoh. They fought the great SLPP and won in Kailahun District.

Since then there has been skirmishes and tensions here and there. Reports of ambushes, burning of rice farms were the stories of that election between the people and their supporters.

When he won the Elections, observers had expected Quinton to be the peace breaker but he ended up being more of a menace and suppressor of SLPP supporters than anyone in Jawei Chiefdom.

He was allegedly known to have instigated his supporters to stab some SLPP supporters. On one occasion, it was alleged that his supporters were known to have pelted stones at Senior SLPP Officers like Dr. Prince Harding. Haven been pressured by disgruntled SLPP supporters and other prominent APC members, Quinton went to the extent of suing the SLPP Chairlady Baindu Kormoh for allegedly referring to him as a “thief”. One would not need to explain how those cases went. They were adjourned sine die (indefinitely).

Judging politics in this country, an issue of this nature arose in Kenema during the reign of the Former President Alhaji Dr. Ahmed Tejan Kabba, between Late Brima Kargbo and the Late Mohamed Benson Suwu following the conflict over who should govern  the Kenema City.

Alhaji Dr. Ahmed Tejan Kabba set both contenders aside for a neutral person to take the position. The decision was in the right direction to enhance peace and build the support base of the SLPP in that region. It ended up yielding the desired dividend.

From the look of things, the happenings of the 2012 and 2018 elections have caused a colossal division within the SLPP in Jawei Chiefdom. Supporters of Quinton Salia Konneh, Maada Moiwai Momoh and Moinina Conteh hardly see eye to eye. How can we trust them? How can we trust people who have shown us that their interest is more important than the interest of the Chiefdom?

What is even more shocking is the  change of allegiance by Hon. Moinina Conteh from Quinton Salia Konneh to that of his Son- Karmoh Conteh. Such a blatant display of hypocrisy ego and arrogance! The people of Jawei need a breath of fresh air. Whilst other constituencies are making head way in terms of development, these set of individuals have made it their job for the chiefdom to remain in a perpetual fight.

The question on the lips of most people concerned is this? Do we need a neutral face to represent our people in Jawei Chiefdom? The answer is certainly yes.

I would have advanced many reasons in support of this question but I am going to limit myself to just three.

First, we can’t rely on people who have caused  political division and tensions in our Chiefdom. We would be shooting ourselves in the leg if we do so. This is the time we need to come together as a people and identify the most suited candidate to represent Constituency 007.

Second, with all the disagreement on terms as well as candidature, our best bet is a new face, new energy and new program of development for our people and Chiefdom.

Lastly the cost of a prolonged peace -making effort at this time will be too much to pay. Considering the time now, any attempt to broker a peace deal will leave Jawei more divided than it is. Simple reason is who among those aggrieved factions is ready to let go? We must be able to provide answers to these questions as we seek to develop our beloved Chiefdom.