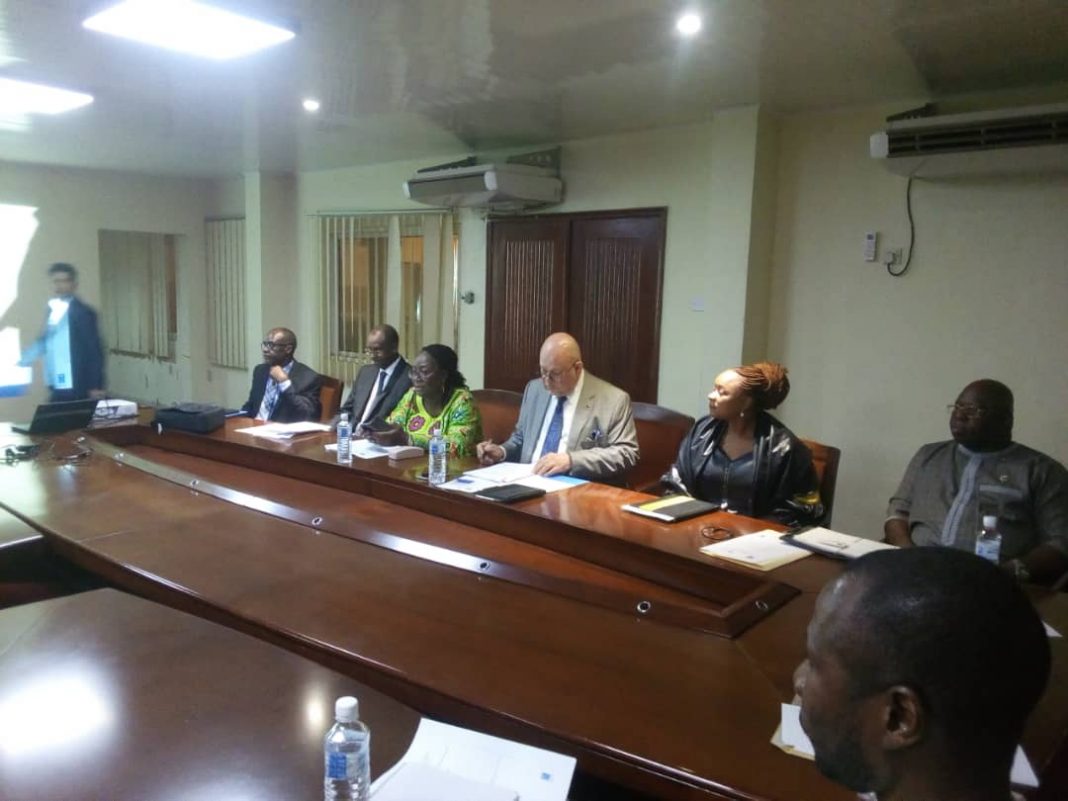 In a positive move, the Minister of State in the Office of the Vice President, Mrs. Francess Alhgalie on the 3rd December 2019 officially launched the World Food Program (WFP), United Nations Development Program (UNDP) and the Government of Sierra Leone pilot project to mitigate localized resource-based conflicts and increase community resilience in Pujehun and Moyamba Districts. The ceremony took place at the conference room of the Vice President’s Office on Tower Hill in Freetown.

The aim of the project is to mitigate local conflicts between communities, government and private companies by building the capacities of institutions and dialogue platforms that promote peaceful relations as well as the inclusion of women and youths.

Mrs. Francess Alhgalie commended the UN Secretary General’s Peacebuilding Fund for supporting the country since the end of the civil war and informed that the project has supported the justice sector, the police, the Political Parties Registration Commission and the Human Rights Commission among others all aimed at strengthening peace and cohesion in the country.

She continued that large-scale acquisition of land for mining and agriculture is a topical issue and assured that the project would address some of these lapses like the lack of inclusive dialogue, weak policies, accountability and transparency for sustainable peace intimating that the Office of the Vice President was tasked to address post-election issues and reiterated that the project would mitigate conflicts as well as strengthen existing regulations.

The total budget of the project is $3,000,000 (WFP$1,664,000, UNDP $1,336,000) for two years and the contribution will be used through the following interventions: support will be provided to affected communities to strengthen agriculture and alternative livelihood sources including agricultural asset creation activities that empower women and youths with inputs and skills, and gender transformative technical and vocational training to enable local women and youths to benefit from company employment opportunities.

Furthermore, the project will build the capacity of local institutions, provide support to the government of Sierra Leone to strengthen policy frameworks, coordination and reporting on the Sierra Leone Extractive Industry Transparency Initiative (SLEITI) and the Voluntary Guidelines on the Responsible Governance of Tenure of Land, Fisheries and Forestry (VGGT) for enhanced community and businesses partnerships.

Also, the professionalism and integrity of the security sector will be enhanced through trainings in conflict mediation, human rights and sexual and gender-based violence in addition to strengthening police and community partnerships.

The capacity of targeted private sector company staff in human rights and gender approaches and livelihood programming will be enhanced.

This will be achieved by strengthening the existing regulatory framework on land acquisition and operationalizing this through the strengthening of national, district, chiefdom and community-level mediation and dialogue infrastructure.

The WFP Country Director in Sierra Leone, Mr. Housainou Tall disclosed that the community-driven project was developed in collaboration with the Office of the Vice President and affirmed that it is linked to government’s National Development Plan involving women and youths’ livelihood support based on a vulnerability criteria, access to land and would promote peace and harmony among communities.

He furthered that the design of the project is evidence-based, prioritizes gender, infrastructure, community-based resilience and building on the experience from UNDP and WFP asserting that tangible progress has been made in Pujehun with real experience on the ground and quoted the 2015 baseline survey as stating that the district is food insecure that would improve by the end of the project in four chiefdoms in two districts.

Similar statements were made by the UNDP Resident Coordinator, Sunil Segall and the UNDP Resident Representative, Dr. Samuel Doe all of whom underscored the importance of the project as part of the United Nations Secretary General’s Peacebuilding Project for Sierra Leone.

Highlight of the event was the PowerPoint presentation of the overview of the project by the WFP Country Director, Mr. Housainou Tall- the lead implementing agency for the project.