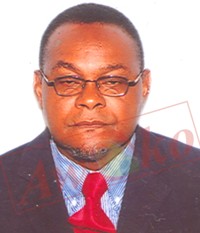 Perhaps the very first obligation of every patriotic citizen following the launching of the recent “blueprint” encapsulating our National Development Plan (NDP) for years 2019- 2023 is to congratulate the government of President Bio for such a comprehensive development framework for improvement of the lives of all and sundry. I call it recent because over the past eon years, every sitting government has prided itself with launching one such project or the other, each striving to negate or destroy the legacies of their precursors, but each having to be scrapped mid-stream on account of changes in political dispensations, that ultimately makes them not “national” in character and ownership ab-initio. Late Presidents Momoh’s and Tejan-Kabbah’s “Green” and “Belfull by 2007” revolutions respectively, and former President Ernest Bai Koroma’s “Agendas for Change and Prosperity” readily come to mind. Now it’s time for President Maada Bio’s development trajectory via the New Direction. So what has been passing off as NDPs are in reality the development aspirations of individual incumbent Heads of overnments.

But whatever its basis was or however it was arrived at, everyone needs to support its implementations throughout because as an old English adage puts it: “an ill-wind blows nobody good”. If it fails, the next government will be hard done by for not having a basis to work from, whereas if it succeeds, they will be taking over the reins of power figuratively on a silver platter and in peace and security, just like this SLPP did. So that is all the more reason why we need to ensure that this NDP which is geared towards improving lives hopefully across political divides succeeds.

Disingenuous
I am heartened by the assurance that in crafting the NDP, extensive consultations were undertaken – some two million locally and globally – just to make sure we get it right first time this time round. If that was the real case, and to ensure that the concept is well marketed to guarantee a fully participatory ownership throughout its implementation processes, then this government needs to be urged to tone down its uncompromisingly sustained and belligerent rhetoric. At the launch of such an important document requiring the full buy-in of citizens irrespective of one’s political persuasion as is envisaged in the National Commission for Peace and Cohesion proposed by H.E President Bio, was it necessary for him to be repeating statements that could only serve to divide, rather than unite us further? That the past government “…..lacked capacity….were corrupt…..characterized by widespread looting….unaccountability etc…” is no longer necessary and should with absolute respect Sir, be dispensed with. It is disingenuous to attempt to market a particular product concept by branding a populous segment of the proven demand sector as “Ayampis”…..”Thieves”. That will automatically engender a general boycott of the concept, just like Americans of Negroid descent boycotted the “Tommy Hilfiger” brand following his allegedly unguarded diatribe that if he’d known about their taste for his brand, he would not have allowed his “Hilfiger” products to have reached their market.

Appeal
The appeal to the government to tone down their rhetoric holds good specifically for my “good friend of yore”, the Finance Minister Mr. J J Saffa. His status demands that. Oh Yes as Mayor of Freetown he was my “good friend”. But now each time he speaks, the belligerence underpinning his utterances belies a desire to effectively market anything impacting on the economic advancement of the country, and that demeanor is diminishing his public appeal. In one breadth we are encourage to join hands with government to move the country forward as “politics is over”, but in the same breadth they do not cease to publicly accuse us as “villains not fit for purpose” (albeit without substantiation). So how do they want the NDP that must be aligned with the proposed Peace and National Cohesion Commission platform to succeed?

The reasons for my fervent appeal to government to tone down their rhetoric is because a five-year plan that is supposed to run from 2019 to 2023 is already one year late. If concerted efforts are not made to actualize those plans by 2021 they will remain a pipe dream because by then serious governance will be relegated into abeyance and nothing but politics and political campaigns will once more become the order of the day, ultimately grinding tangible developments into a halt. Further, no one region, one political party or one individual Head of State can by themselves attain ultimate or finite development in any country without inputs from across the political divide. Development is a process. Equally so no one individual has ever served or will ever serve, as Finance Minister for five, let alone ten continuous years in his country. But I will leave it at that for the time being.

It has to be noted that as corrupt as the past APC regime was alleged to have been that rendered this country broke and bankrupt has yet to be proved beyond all reasonable doubts. No broke and bankrupt country is able to resume or continue negotiations with the International Donor Community – be they Chinese or the World Bank. Ask the Venezuelans. Rather one can safely assume that from ongoing commendable infrastructural advancement by this government, the APC left indelible legacies now being used as springboards to project itself as a “Talk and Do” government – a slight variation of the “Action Without Intention” slogan of the previous administration, and which explains why we did not see or read of any “Expression of Interest” (EOI) Requests or Procurement processes initiated by the SLPP in the past ten (10) months for any of the commendable infrastructural strides they continue to make in the Roads, Health, Telecommunications and Energy sectors. So it’s either they tone down their rhetoric to take us along in their development rides or we will all perish together.

Failed
If I have any reservations about the NDP it is that it has been rigidly aligned with, and anchored on the Sustainable Development Goals (SDGs) which has been concocted more on the aspirations of how our international donor partners (from whom we have never been able to extricate ourselves economically) would wish to see us Africans develop using the same “One size fits all” concept of the failed Millennium Development Goals” (MDGs), without an iota of consideration for our respective country-specific cultural and economic constraints. But never mind, African governments can always seek solace in the fact that our donor partners will never run out of excuses for the failure of concepts they initiated that were forcefully piloted within our African continent, insofar as it complimented their periodic Regime-Change agendas.

Benchmarks
Until you listened to statements from the UNDP Resident Representative at the launch of the NDP, you would be forgiven for imagining that the NDP was the best thing to have ever happened to this country since independence in 1961. Pro-SLPP tabloids and airwaves were inconsolable in lavishing praises on President Bio for the concept document. But the UNDP Resident Representative was much circumspect in his address, and realizing that no tangible development can take place in any country without sustainable peace and stability, clearly urged the President to accelerate implementation of a number of agreed political benchmarks that will (a) Promote sound democratic governance (b) Deepen political tolerance (c) Practicalize political inclusivity that transcends tribes, regions or political persuasions and (d) Resume and complete a comprehensive review of our 1991 National Constitution. All above recommendations by the UNDP Resident Representatives justifies my clarion calls over the past five months that indeed political schisms inhibiting development exists that must be diffused. I am convinced it was on account of all of those considerations that the Chief Minister yesterday hurriedly presented the “Green Paper” on the proposed Peace and National Cohesion Commission to H.E. President Bio – almost three months late. Yes, three months late because the original timeline was by end December last year.

The most important of all recommendations from the UNDP Resident Representative is (d) – a comprehensive overhaul of our 1991 National Constitution. As it is, too much powers has been vested in one person – HE the President. If they are not exercising “Supreme Executive Authority” they will be issuing “Executive Orders”, neither of which is proving helpful to sustaining sound institutional governance predicated on peace and stability, accountability, political inclusivity and the Rule of Law. So the fact of the matter isn’t that our past National Development Plans were not robust enough, it’s just that the institutional support structures are far weaker than the incumbent political leaderships which, under our present National Constitution, blurs regard for the principles of ”separation of powers” as intended by the original crafters of the Instrument, and invariably rendering the implementing agencies seriously undermined midstream. For good of country, this has to change.

As a nation we have toyed for too long with this idea of a comprehensive Constitutional Review, and for me, there’s no better time to do it than now.