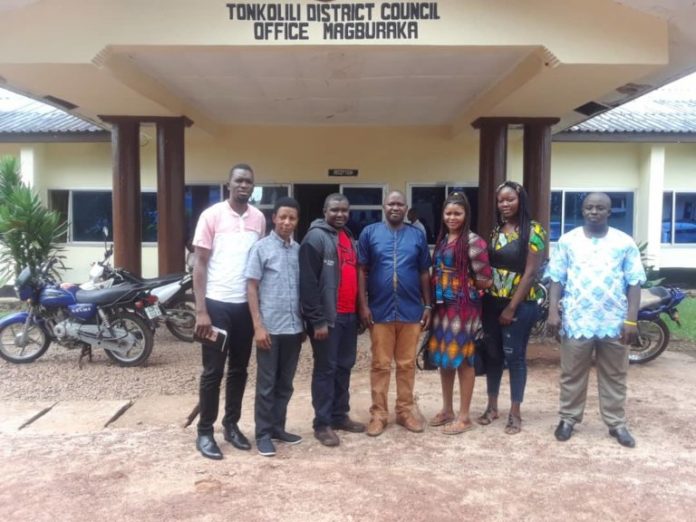 Following the distribution of buses to the district, she has registered deep appreciation to the government over the buses which she acknowledged their importance to the children in easing the transportation challenges in the district and most especially within the township of Magburaka (the headquarter town) and Mathora village which hosts the Government Junior and Senior Secondary School for.

Such facilities will help address the problems faced by the Mathora and other school girls within the district to school and home conveniently. There are challenges though and these were said to be the first amongst is the bad conditions of the road network especially the one for Mathora. The self-help project that is recently launched by the people of Rowalla Village who teamed up with Tonkolili District Council and youths on the road couldn’t help enough. As a result, the government was still being called by her administration to support the efforts of the council to make the road.

Fuel shortage too became another imperil for her administration to pull over from the challenges she faces. The buses are reported short of fuel most times and this was becoming a problem to manage as they use 35-40 litres per day and this is not commensurable to the proceeds collected from pupils per day.

Last but not the least is paying drivers plying with the buses”. Each of the four drivers of the vehicles takes a home pay of Le,1,000,000 monthly and the money raised was not enough to offset their payments, lamented the Council chairman.  As a result, she has appealed to the government to support the initiative by giving government fuel chits to the buses.