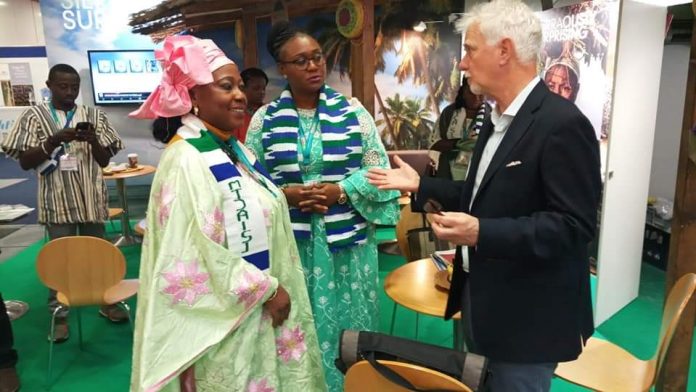 Officials of the Ministry of Tourism and Cultural Affairs alongside the Sierra Leone Embassy in Berlin on Thursday March 7, 2019 in Berlin, Germany, held various engagements with top tourism marketing executives, documentary filmmakers and hospitality training experts.

The discussions led to revelations that Sierra Leone like many other West African countries were not attracting too many tourists because of weak marketing.

Documentary Film-maker, Sascha Gottschalk of Filmemacher Deutschland had this to say.

“You need to show how beautiful your country is. Most Western tourists only think about East Africa when it comes to tourism in Africa. West African countries need to market the beautiful things they have to attract those tourists.”

The acute lack of expertise among staff in the hospitality industry in Sierra Leone is militating against the growth and development of the sector.

Minister of Tourism, Memunatu Pratt is ready to bring sanity in that direction.

During discussions with Bok Lardner of Terenga College, Nigeria, the need to train and develop professionals in the hospitality industry was laid bare.

Cobra Verde, Group Tour Expert also assured the Minister of Tourism that they were prepared to assess the touristic potentials of Sierra Leone with a view to marketing her to tourists.

The Acting General Manager of the National Tourist Board, Madam Fatmata Abe-Osagie said her institution would work round the clock to improve tourism in Sierra Leone.

Director of Tourism, Mohamed Jalloh and the Director of Culture, Foday Jalloh made brilliant interventions that would translate to national progress in the area of tourism and cultural affairs.