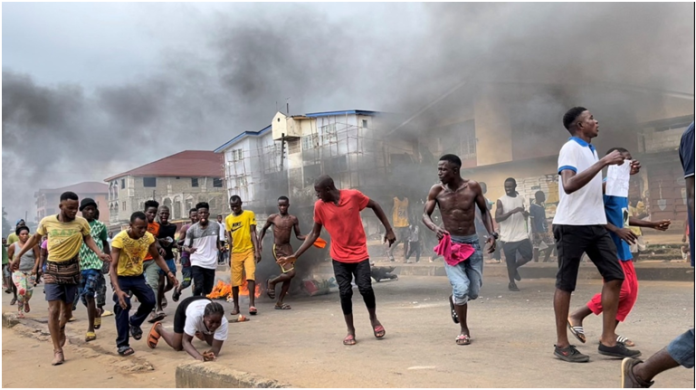 The TRC Report 2004, states that “full and effective exercise of the right is essential to avoid any recurrence of such acts in the future.” (Vol l, Chpt 1, Page 44, Para 75)

Even though the ruling party has set up the Peace Commission and a Peace Museum, which were recommendations of the TRC Report, however, there is still a need for Transitional Justice to be introduced into the school curricula in the country.

The majority of youths in the country have little or no idea about the circumstances that led to the war, some of them were babies and some were not yet born, when the war occurred. This is one of the many reasons why they are perpetrating violence.

The classroom has always been the best way to pass on information to children, because, teachers spend more time with their pupils, than their parents do. This is all the reason why, Transitional Justice must be introduced into our school curricula.

There is an adage that says ‘catch them when they are young.’ If only children are taught in schools, about the issues that led to the war, and how lives and properties were lost, if not all, majority of them will grow up to become responsible citizens, which will also prevent the repetition of the civil war.

During the August 10 insurrection that led to the death of civilians and police officers, majority of the protesters who took part in the violence were youths. While they were to be blamed for their actions, in the other way, one may also say that, they are ignorant of the events that led to the ten years civil war.

The History of Sierra Leone and the Wider World, are taught in schools, these include topics like Colonialism, the Hut Tax War, the decline of the Krios, amongst many others. However, key topics like the circumstances and events that led to the civil war in the country, where millions of people were massacred and some amputated are never taught.

The Report states that, the truth is essential to avoid any recurrence of such acts in the future, therefore, one way to a peaceful and a better Sierra Leone is to have the truth been told to the younger generation, to avoid the repetition of the violence  that happened.

The Report also states that, “every people has the inalienable right to know the truth about the past events and about the circumstances and reasons which led, through the consistent pattern of gross violations of human rights, to the perpetration of aberrant crimes.” (Vol l, Chpt 1, Page 44, Para 75)

Growing up as a young girl; I used to listening to my father lamenting the story of how his brothers and his baby sister lost their lives during the war. To his greatest surprise, after more than twenty years of mourning, his sister whom he taught had died, she showed up last year, and narrated how she managed to escape to Guinea during the war.

This is where we don’t want to go back to as a nation. Sorie Sesay, a 21 year old, said he knows nothing about the war, and how he had only heard that there was war, and doesn’t know what led to the war or what really happened.

Hawanatu Deen, an 18 year old, also said the same thing. We don’t want a nation wherein, the younger generations are ignorant of relevant issues like the history of the civil war in the country. This is more so to avoid repetition. Therefore, Transitional Justice must be introduced in our school curricula.

This article is produced with support from MRCG through the ATJLF Project on “Engaging the media to change the narrative on Transitional Justice (TJ) issues in Sierra Leone.