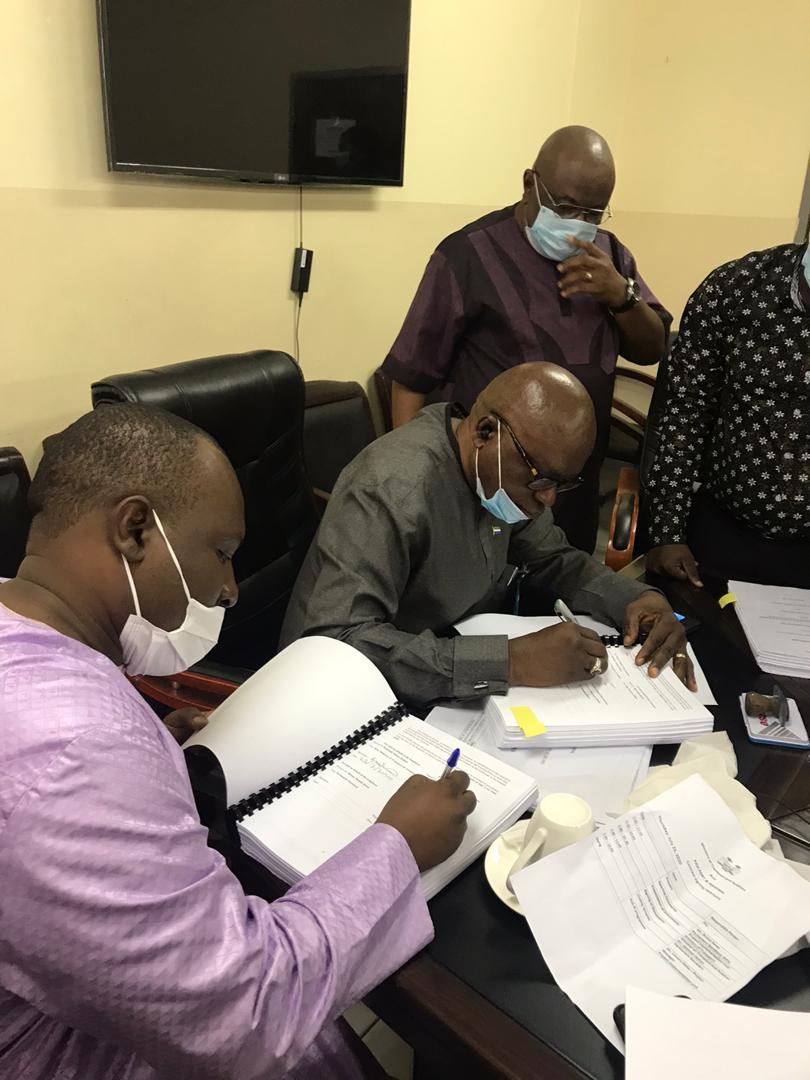 The Integrated and Resilient Urban Mobility Project (IRUMP) is a fifty million dollar World Bank project that was signed in July last year. It will be implemented for five years.

In his statement, the Minister of Transport and Aviation, Kabineh Kallon, expressed appreciation to the project team lead, Hindolo Shaka and his team for  making the event a success, adding that when they took over as a Government they inherited a 20 million Dollar loan from the World Bank to support the project but as a result of the prudent intervention of the Ministry of Finance they were able to have the World Bank convert it to a 50 Million Dollar grant out of which the 11 Million Dollars for the implementation of the aforementioned project was derived.

He said as a Ministry they took the challenge that they will ensure that the project is accomplished and that even before the implementation of the project they have already won the Vice President of World Bank Award.

The Minister described the signing of the contract between the Ministry and PAVIFORT AL-Ayhanlar Holdings JV as remarkable.

He further disclosed that the official handing over ceremony of the site to the contractor for commencement of work will take place on Saturday 25th July 2020, at Lumley.

Brima Sowa, Permanent Secretary in the Ministry of Transport and Aviation, enjoined all to take ownership of the project by monitoring and evaluating in order to benefit all Sierra Leoneans.

He also congratulated Pavi Fort Construction Company for winning the contract among others that took part in the bidding process and further enjoined the Chief Executive Officer of the company, Alimou Barrie, to do their utmost best in order to effectively translate the contract agreement into tangible realities furthering how the Ministry will judge them according to their performance.

On his part, the Chairman and Chief Executive Officer of Pavi Fort Road Construction Company-Sierra Leone, Alimou Barrie, expressed appreciation to Government in particular and the Minister of Transport and other stakeholders for awarding them the contract, noting that such is a success within the context of enhancing local content as theirs is an indigenous company.

Charles Mambu, Board Chairman of Roads for Development, during the ceremony expressed gratitude to the Ministry adding that the Ministry made no mistake to award such a contract to Pavi Fort Construction Company also underscoring that it will definitely enhance the country’s Local Content Policy.

He disclosed that the country has three local construction companies but praised Pavi Fort Construction Company for having proved themselves to be the best as they were able to construct roads in Kabala where other companies failed to deliver.

Charles Mambu admonished the contractor to put serious efforts in what they will be doing and ensure that the project is timely completed in order to meet the expectations of the Ministry and the People of Sierra Leone. 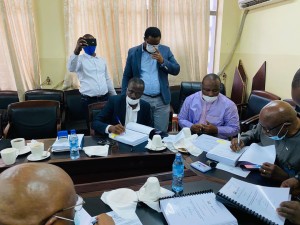 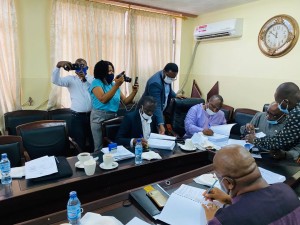