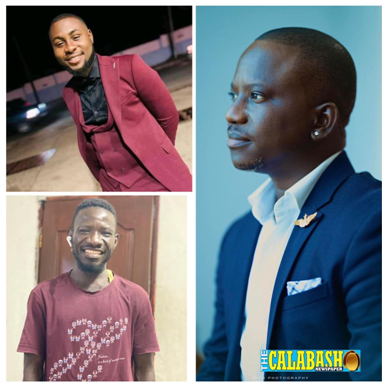 Two young Sierra Leoneans have emerged as winners of the ‘Yulisa Ahmadu Entrepreneurship Seed Foundation’ grant for small businesses. The two are Hassan Bangura and Moses Collier who submitted a Multi-Media proposal and a Keke Transportation Proposal respectively. Each of them bagged a grant of $2,000 which will be delivered before the 30th October, 2022.

It could be recalled that in May this year the Yulisa Ahmadu Entrepreneurship Seed Foundation put out a Public Notice announcing the launch of  $4,000 seed money for two Young Entrepreneurs running or intending to start a small business in Sierra Leone ($2,000 each).  It was stated that applicants must be under 35 years old, residing in any part of Sierra Leone, have an existing business or intends to start one, women were strongly encouraged to apply and to briefly share the intended goal via email to: yulisa.ahmadu@gmail.com with the 30th August, 2022 stated as the closing date for the submission of proposals.

According to the brain behind the competition, Yulisa Ahmadu, they hope to increase the number of winners next year as they trust God for financial blessings!

He underscored that awarding the grant was not an act of show off but a humble way of giving back and empowering other young people to maximize their full potentials.

Yulisa Ahmadu intimated that the female applicants had very good proposals too adding that lamentably the best ones were already beneficiaries of some other entrepreneurial grants and so they gave new people the chance to win maintaining that they strongly considered gender equality.

He informed that the seed grant is meant to support small businesses or individuals under the age of 35 years old who either have an initiative they want to implement of a business idea or who already have an existing business they want to develop.

Yulisa furthered that when he launched the initiative it went viral and a good number of young people sent in their applications with very wonderful proposals amounting to over 400 plus proposals.

He reiterated that the idea behind the initiative was to support small businesses, either someone with an initiative or someone who is already doing the business itself.

With regards the disqualifying factor, Yulisa said most of the other proposals or scripts showed that all what were indicated are things that the competitors just do as side hustles.

He said these days, entrepreneurs, philanthropists, individuals who are investors will be more likely to trust something.

He disclosed that was what basically helped them streamlined the proposals from 400 to a lower number plus very unrealistic budgets adding that they also realized that there were some competitors that have been beneficiaries of other entrepreneur programmes.

Yulisa ended up congratulating the winners and thanked all those that took part in the competition.