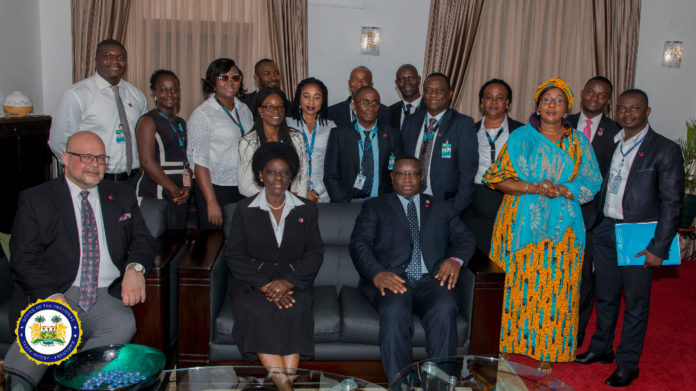 The world over, there has been numerous calls for gender parity between men and women. Studies suggest that females should no longer be seen as weaker sex to their male counterparts but, they should be accorded equal opportunities so they can contribute to national development. This trajectory has seen the establishment of many rights groups the world over promulgating gender equality and women’s empowerment.

This is to ensure that the current male-dominated world creates space for women and girls because both sexes have equal abilities. This is why reputable global organizations like the United Nations (UN) continue to set better and brighter examples on rights issues for a just and equal society for all to live in.

As Sierra Leone is about to make a remarkable law that will see women and men at par with each other in the Gender Empowerment Bill 2021, many organizations both national and international have tremendously given their support to this process. Therefore, UN Women which is the United Nations Entity for Gender Equality and Empowerment charged with delivering programmes, policies and standards that uphold women’s human rights and ensure that women and girls live their full potential, has supported four women organizations to undertake activities that are geared towards promoting and raising awareness on the enactment of the Gender Empowerment Bill.

These include; The Women’s Forum, Sierra Leone Association of Women in Journalism (SLAWIJ), Advocacy Movement Network (AMNet), and Pixaweb Technologies. The Gender Empowerment Bill which was laid by the Minister of Gender and Children’s Affairs in September 2021 after approval by the cabinet in June, has four key provisions: 30% reserved seats for women contesting as Members of Parliament or councillors, 30% appointive positions for women to serve as Ministers, Ambassadors, High Commissioners among other top government appointments, increased access to finance and gender mainstreaming.

The Truth and Reconciliation Commission recommended a 30% quota approval of women representation in parliament 18 years ago. The TRC further recommended a 50% of equal share within ten years. (Please get the correct quote and put in quotation marks)

SLAWIJ a non-profitable organization, one of the organizations supported held five different activities, one of which was a Media Cocktail for Multi-Stakeholder dialogue on the importance of the aforementioned Bill and to get the media to dedicate their platforms to amplify the campaign to remote communities in Sierra Leone. Representatives at the media cocktail include; owners and heads of media intuitions with representatives from the districts, the Diplomatic community, Members of Parliament, media stakeholders and women’s rights activists.

The media pledged overwhelming support to raise awareness in communities across the country to get women to understand the content of the Bill and to lobby their members of parliament to vote yes to the Bill. As a media-based organization, SLAWIJ also conducted hosts of radio and TV programmes to popularize the Bill. Part of their activities also includes a short documentary of two past female MPs and three current female MPs cutting across the various political parties currently in parliament (All peoples Congress, Sierra Leone Peoples Party and the Coalition for Change Party.)

The Women’s Forum and AMNet are two strategic organizations working with women in remote communities across Sierra Leone through their national structures. Their role in the campaign was to organize community engagements with women, teach them how to lobby their MPs to enact the Bill and also prepare these women to step forward to contest for political positions in their localities. Meetings were in different communities bringing together various stakeholders including local authorities as a way to get their buy-in and break the traditional myth around women contesting for leadership positions.

Technology has greatly impacted the way people communicate and share information. Therefore, the campaign also looked at ways technology can be used to raise awareness not just on the Bill but other issues affecting women and girls. Pixaweb Technologies Limited trained 80 young people, 55 female and 25 male in coding and animation. These young people were formed into a cohort with a registered group that use their skills to develop an animation that promotes women’s rights issues.

Many activists are optimistic that the Bill will be enacted by the House of Parliament. As the public also waits in anxiety for the historic moment that will be the icebreaker for women to lawfully contest for elective positions, many calls have been made to political parties who have in their constitutions stated the 30% women’s representation to uphold that promise.

As the Bill awaits parliamentary second reading, 2023 election that is just around the corner will be the first test case of the new law.