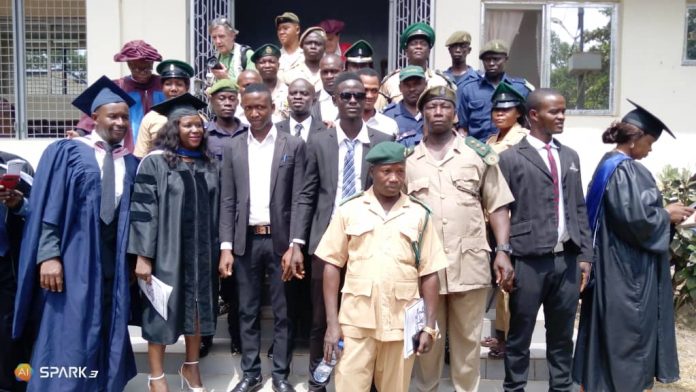 Eleven (11) inmates at the Makeni Correctional Centre, on Saturday 22nd February, 2019 for the first time in the history of offender management graduated from the University of Makeni.

They graduated with a twin certificate in Community Development Studies & Entrepreneurship. The modules offered included: Information Technology, Agriculture, and Psychosocial Counselling. The course, which started in July 2019, lasted for six months.

“When the course started, sixteen inmates were enrolled, but some could not pass the final exams, as is more often than not the case in every academic journey,” according to Superintendent Salieu S. Turay- Officer- in- Charge of the Makeni Correctional Centre.

He said UniMak did it as corporate social philanthropy, adding Unimak provided both notes and text books for the inmates.

While addressing the congregation, Professor Joseph A. Turay, Vice Chancellor of the UniMak said there were 384 graduands that day.

“The Community Development Studies Department was the one which initiated the UniMak-SLCS partnership for which both institutions have been placed on the spotlight,” the Vice Chancellor said.

Head of the Community Development Studies Department, Mr. Unisa Patrick Kamara assured that the UniMak-SLCS partnership was not going to end at the said graduation ceremony. In fact, for him, that was a sign of the beginning of a lasting partnership.

“As long as the Makeni Correctional Centre keeps having inmates with at least 3 credits at the West African Senior School Certificate Examination (WASSCE), we will continue to provide the learning atmosphere. We want to help offenders become better people in society upon their reintegration, to contribute to economic development.”

The inmate ,who performed exceptionally well in the exams, expressed his delight over the opportunity that was accorded them by the UniMak. He said he would never return to his offending ways when he shall have been discharged from the Centre and he would put to good use the knowledge he had gained from the UniMak. 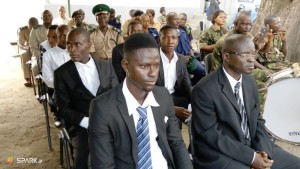 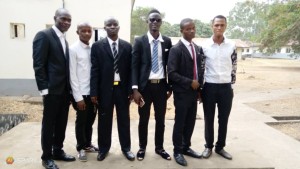