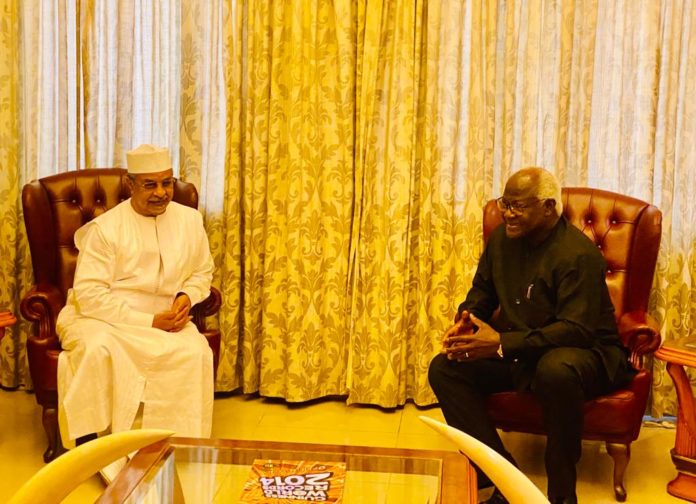 Erstwhile President, Dr Ernest Bai Koroma has on the 31st March 2022, hosted the Special Representative of the United Nations Secretary-General (UNSRSG) for West Africa and the Sahel, Ambassador Mahamet Saleh Annadif, at his Goderich residence in Freetown.

Accompanied by the UN Resident Coordinator in Sierra Leone, Dr. Babatunde A. Ahonsi, the SRSG met former President Koroma along with the deputy leader of the main opposition All Peoples Congress (APC), Alhaji Minkailu Mansaray and the Minority Leader in Parliament, Honourable Chernor Maju Bah.

They discussed several endeavours being undertaken by ECOWAS, the West African Elders Forum, the African Union and other actors relating to the reversal of democratic governance and its ramifications on the peace and stability in West Africa. Following this, former President Koroma and the UNSRSG proceeded to a closed – door meeting.

Barely a year from Sierra Leone’s multi-tier elections in June 2023, these follow-up consultative meetings with Sierra Leone’s international partners could not have been timely in view of the country’s current social and political state of affairs.