Vickie Remoe, social media influencer, and Communications Expert has raised a whopping 380 Million Leones (38,000 $) in response to a call by health workers fighting to save lives of COVID-19 patients in treatment facilities in Sierra Leone.

Also a journalist, entrepreneur and TV host of the Vickie Remoe show has in a bid to play a vital role to the development of her country’s Health System during the current global pandemic of COVID-19 when the invisible enemy has exhausted and depleted the Health Systems of first world countries and now prowling and ravaging the Health Systems of low-income countries, the hard-working, smart and intelligent Go Woman has stood firm to voluntarily initiate a C19 Dignity Project to alleviate some of the struggles hospitals in the country are facing during this scourge.

”The C19 Project is a 100 % volunteer, and a citizen-led community mobilization COVID-19 relief set up by TV host and a journalist in response to a Facebook post by doctors seeking urgent help for isolation unit at Connaught Hospital,” a statement explained.

Vickie who is amongst the top five most influential Social Media gurus in Sierra Leone according to a Swit-Salone report published in June 2019 manifests her prowess on the Media by sourcing funds for this project which has been valued at 380 Million Leones (38,000 $) in just three weeks.

The Communications Specialist rallied to businesses, private individuals and institutions online and in cash to raise these funds for the country’s Health System.

“All Sierra Leoneans deserve to be treated in facilities that are clean, and well equipped. And all of our front liners need to be able to work
with the peace of mind that comes with knowing they have all the tools and medication, they need to save lives,” Remoe stated.

The money raised has so far provided medication, foodstuff, cleaning, and sanitation equipment to over five hospitals of around 300 beds.

Transparency and accountability is an essential aspect of any project, however, the C19 Dignity Project has published three statements of accounts that gave details of all the funds received, funds spent, and what it was spent on. Ms. Remoe is not a politician, a Parliamentarian, Government Minister, but she has depicted true patriotism to her country which is truly exemplary leadership that is worth emulating.

Remoe initially set up the fundraiser expecting to bridge the gap until the EOC was up to full speed. But as COVID-19 spreads, the project has continued to receive requests for urgent support from doctors across the country,who are still struggling to access supplies to treat confirmed and suspected COVID-19 patients. 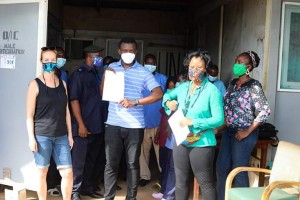 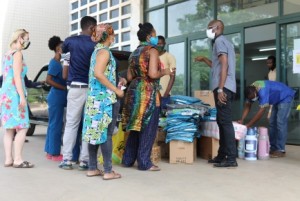 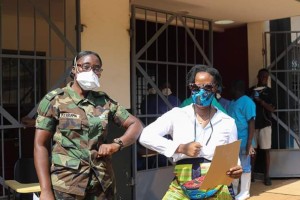