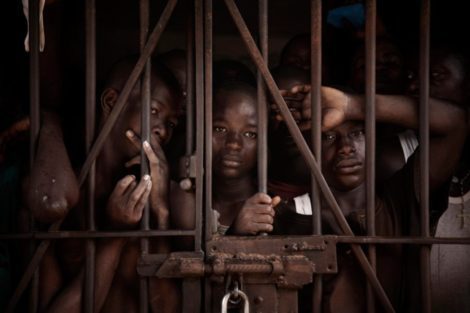 The Ministry of Foreign Affairs and International Cooperation, Immigration Department, Office of National Security and the leadership of the Sierra Leone Police are called upon to immediately investigate the claim by two deportees who claim that they are citizens of Dominica and Bahamas in the Caribbean that since been deported by the American Government, they have been held in custody at the Criminal Investigations Department headquarters in Freetown.

The two deportees maintain that they were forcefully deported to Sierra Leone through connivance between the American Immigration Department and the Sierra Leone authorities.

According to one of them, when they arrived at the Lungi International airport, there were no Immigration Officers to receive them. They told the Police, who took over them to be taken back onboard the American plane that brought them to Sierra Leone, as they are citizens of Sierra Leone.

What is mystifying about the story of the two Caribbean citizens is that since they were brought to Freetown on August 14th, 2019, they have been held in detention at the CID, with the CID, Foreign Affairs officials promising to take up their cases with the American Embassy with nothing done to the effect.

The two also allege that over $300, 000 has been extorted from them by CID, Foreign Affairs and Immigration officials. At the same time, they are not been fed nor have access to medical attention.

Furthermore, they claim that they have Western Union receipts showing that such amount of money has been remitted to them.

The Calabash suspects that there have been gross violations of the rights of the two Caribbean citizens, as apparently they were not deported to Sierra Leone to face trial or to serve jail sentences.

Therefore, it is not understandable why the CID should keep them in detention for the past four months.

Secondly, it is not understandable under what international law the US decided to send the two Caribbean citizens to a third country, Sierra Leone, as they apparently were not extradited to be tried.

Deportation is simply the removal of an alien out of a country because his/her presence is deemed inconsistent with the public welfare and without any punishment being imposed or contemplated either under the laws of the country out of which he/she is sent or of those of the country to which he is taken.

Therefore, the CID boss owes the nation an explanation as to under which condition his office continues to hold the two Caribbean citizens without the Government of Sierra Leone endeavoring to engage the American Government through its Embassy here to determine their exact legal status and under what international law they were deported to Sierra Leone and not to their countries of origin.