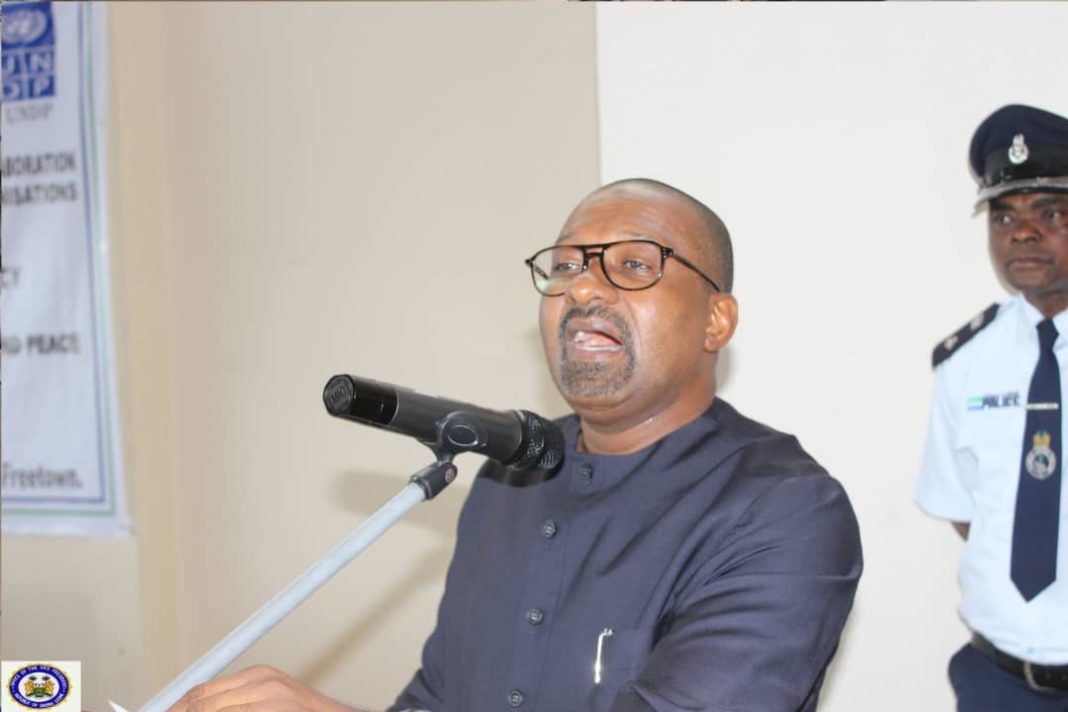 Under the auspices of the Ministry of Political and Public Affairs, Vice President of the Republic of Sierra Leone Dr. Mohamed Juldeh Jalloh on 26th September, 2019 delivered the keynote address in celebration of this year’s International Day of Democracy on the theme: ‘Participation and Commitment for Democracy and Peace’.

VP Jalloh who said was honored to grace the celebration highlighted that Sierra Leone has made huge democratic gains that it continues to consolidate as it continues moving on a democratic path.

He stated that we are celebrating the day because as a nation we believe that democracy is the best form of governance, noting that the occasion gives the opportunity to take stock of how far our democracy has come.

As an emerging democracy, he stated that we have made huge gains. These include successive, successful, peaceful, transparent elections that ushered in successive governments with peaceful transfers of power from one political party to the other.

Work continues in building of democratic institutions, a free press and a flourishing civil society space in enhancing a vibrant democracy.

He mentioned the need to look beyond electoral democracy to other crucial elements of the concept, institutionalization and scrutiny of democratic practices and wider participation in entrenching a functional democracy as ways of consolidating peace.

Democracy VP Jalloh maintained is not only about holding of elections but also participation, functional state institutions, access to justice, security and social welfare for the people.

Underpinning of these pillars of democracy he said is effective, functional state governance that responds to the needs of the people, without which he said democracy cannot stand.

He disclosed how this government is investing in the public sector in ensuring that state institutions work well as its contribution to democratic growth in the country.

Observing that democracy is a difficult choice, VP Jalloh stated that to have a durable democratic culture, there should be respect for the norms of democracy.

He ended by expressing government’s commitment to strengthening democracy in the country.