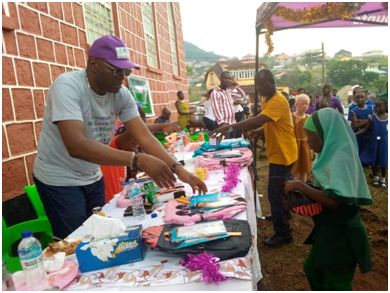 Pupils of the Rural Education Committee, Ahmadiyya, Baptist, and Church of Christ Primary Schools benefitted from the donated items which include exercise books, school bags, mathematical sets, toys, and other school paraphernalia.

It must be noted that GEED Foundation was founded in 2007 and has been pushing initiatives to support women and children in Freetown, Bo, Bonthe, Port Loko, and Tonkolili Districts.

Founder and CEO of GEED Foundation, Amb Dr. Walton Ekundayoh Gilpin who is also the Managing Director of Rokel Commercial Bank said he had always felt the need to support the vulnerable in society as part of his contribution to nation-building.

The donation at Gloucester was witnessed by key stakeholders including the village headman, Councillor, religious heads, parents, and teachers who all expressed appreciation for the timely assistance to the kids. A parent, Samuel Johnson had this to say: “We need more donations like this from well-meaning citizens to complement Government’s free quality education.. May God bless GEED Foundation”. 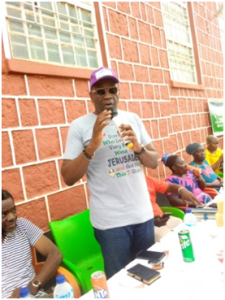