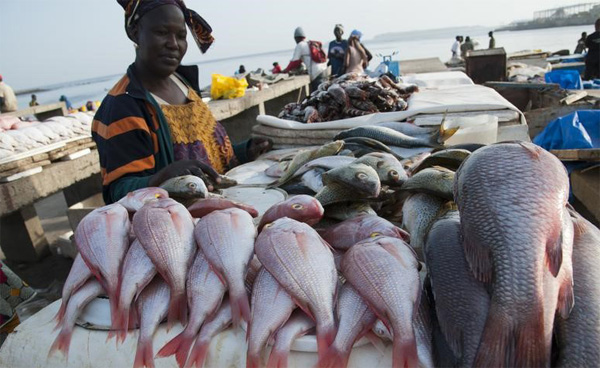 Sierra Leoneans here and abroad are expressing divergent views on how to revive the economy after COVID-19. Whilst some commentators have spoken lengthily on belt tightening and stimulus packages, very little seems to have been said on how to utilize the country’s vast natural resources that could result to medium term development gains; such as was successfully done in Botswana.

Take the case of our unregulated poorly monitored fisheries and marine resources which if properly regulated, monitored and economically exploited by very credible operators would easily take away the country’s demand for foreign exchange; as experts on the downside estimate that the entire fisheries and marine resources industry when fully developed and regulated could earn the country not less than USD500 million annually; given how much, highly wanted stocks such as shrimps, lobsters, crabs, salmon, herring, spanish, tuna, etc., whose catches are largely unreported by foreign trawlers fetch in rich countries such as Europe and China.

It is estimated that global losses to illegal, unreported and unregulated (IUU) fishing are estimated to be as high as $23.5 billion annually.

One of the issues that had been identified as inimical to the growth of the sector is that illegal operators use vessel identity fraud to get away with illegal fishing. There have been instances of one vessel illegally using several names or flags or several vessels using the same name. It is recommended that mandatory IMO numbers are needed to help stop identity abuse.

Another issue relates to Flag States selling their flags to fishing vessels without checking the history of the vessel to know whether they are safe and seaworthy.

Within the purview of human trafficking it has been noted that such occurs when workers are tricked into working on fishing vessels: their wages are unpaid, they live and work in unsafe and unsanitary conditions and they are far from land for months or years at a time with no opportunity for escape.

During sea transhipment it has been established that illegally caught fish finds its way to the market. Unauthorized transhipment enables illegal operators to avoid port controls and to maximize profits.

Shark fins attract a premium price in the Asian market that creates cut off whilst the rest of the shark is thrown overboard often still alive. Unable to swim properly, they suffocate or die of blood loss from their huge wounds.

Identifying illegal operators is difficult, but bringing them to justice, secures convictions and achieves sanctions that match the severity of the violations and acting as a deterrent is challenging.