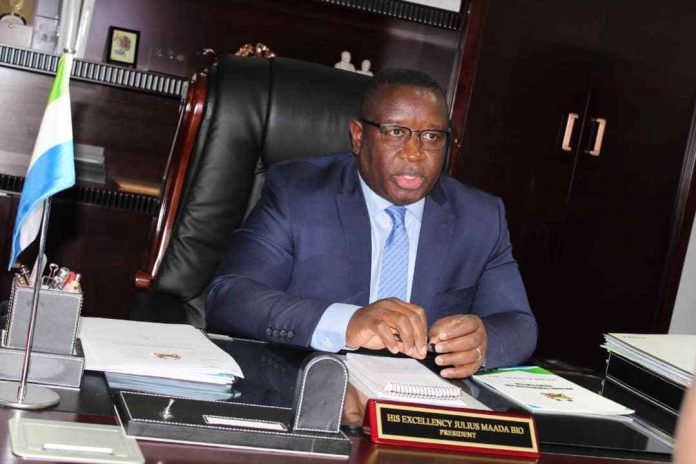 It is getting to one year since the Sierra Leone People’s Party won a momentous Presidential election that brought it to power in April.
At the time, expectations were very high among a population burdened by poverty, unemployment and inflation that the Promised Land of milk and honey would be reached sooner than later.
Whilst the nation generally welcomes the Government’s determination to fight corruption, the majority who continue to live on less than the proverbial two dollars a day have slowly lost hope that the Promised Land would be reached sooner than later.
The greatest headache the poor who make more than 70% of both the urban and rural population face is ever escalating price of basic essential commodities in the market; more especially the cost of food. Can’t the Government see that the same Lebanese and Indian Mafia clan that has held the nation to high prices since the liberalization of the Salone market in the 1970s still continue to hold the poor to ransom by buying cheap from overseas and at high discounts and fixing prices to rob the poor? Lately they have been joined by the Nigerians.
These days, the harsh reality is that many poor families can no longer afford to put a square meal on the table. It is a shame and disgrace to see many urban families in the poor parts of the city living on low calorie “cookery” simply because they cannot afford Le10, 000, Le15, 000 or Le20, 000 to go to market every day.
As such, the expectation of the ordinary man and woman was that the New Direction Government should have placed greater premium on solving the bread and butter crisis sooner than later.
The importers and traders have pinpointed the problem and informed the Ministry of Finance accordingly: that as long as port charges remain high, they cannot help the Government to bring relief to the poor by way of reduced prices.
The reality should not be lost on the Government. Many businesses are folding up simply because there are no buyers – no buyers because the greater part of the population have very little disposable income.
Take for example the price of flour. Bakers complain that the price of a bag of flour has gone up above Le300, 000. This caused bakers to protest by not baking bread.
The fundamental dynamics of the economy has to be revisited; in the sense that if this Government depends too much on taxation ad forgets that it has a fundamental obligation to feed its people cheaply; it has a big problem coming that it will be able to handle.
Another issue facing the poor is that of transportation; especially the cost of transporting goods to and from the provinces. Transport cost affects every other price in the market. Instead of a bridge, maybe the Government should have thought first of a railway that links the capital city with the provinces; with a view specifically to drastically reducing the cost of moving goods and passengers which will definitely have a big impact on the economy and its growth and development.
Another issue that vexes the youths is that every day they are graduating from schools, colleges and universities without the economy expanding significantly to incorporate them into the workforce.
The private sector alone can provide new jobs; yet to say the truth, what are the incentives that are there for inspiring the private sector; in particular the availability of cheap capital that will enable them to invest in the lucrative but untapped sectors of the economy?
Everybody who does business with the existing banks complain that interest rates in this country are too high for anybody to borrow money to go into large scale farming and industrial activities.
The only way the Government can help the private sector to become an active partner in creating new jobs is for the Government to borrow from the international finance markets and set up specialized trade, commerce, agriculture and industrial banks with very low interest rates and long term repayment schedules with reasonable grace periods for the new businesses that will be established to start making profit.
Meanwhile, let the SLPP Government not be fooled: Like former President Koroma’s Government, if it fails to deal adequately with the pressing existential issues that affect the livelihood and wellbeing of the majority that continue to live on less than two dollars a day, the youths will rebel against them in the ballot box, come 2023; regardless of whatever impressive gains the Government makes on all other development fronts the reality remains that a hungry man, woman or child is an angry person – always.
Lonta.