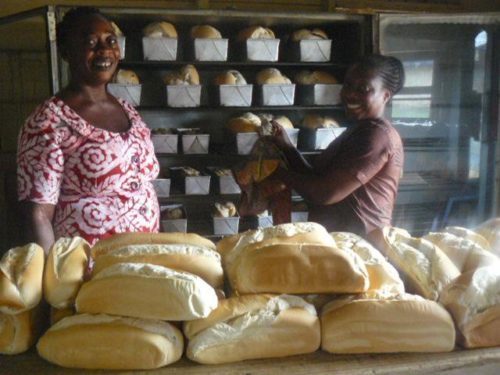 Sierra Leoneans were taken aback, hugely surprised when the realization dawn that bread was not available on the market for sale. Hundreds of thousands of households were without bread across Freetown, as bakeries complain of sudden increase in the cost of flour.
Most Sierra Leoneans spend more of their meagre household income on bread and rice than any other food items, which is why the shortage of bread in the shops affected millions of people.
The crisis, which the Bakers’ Association is reported to have been caused by an unprecedented increase in the price of a bag of flour should have been foreseen by the Ministry of Trade, whose remit also covers the monitoring of consumer prices.

What is the cause of the sudden increase in cost of flour in Sierra Leone, when there has been no sudden hike in global price of wheat? Who are the importers of flour?
Is the Minister of Trade in constant liaison with the various wholesale and retail associations responsible for rice and flour supply to gather weekly if not daily market intelligence to avoid national crisis?
The availability and affordability of rice and bread in Sierra Leone is of national security, and this must be taken very seriously by Government.
It is quite shocking and beggars belief that bakeries should run short of flour so suddenly, without someone in Government not knowing this was going to happen.
If the Ministry responsible is not up to the job of monitoring market trends of basic food items in the country and plan quickly to avert national crisis, then President Bio must urgently establish a Market Intelligence Unit at State House that will carry out this task and report directly to the President or Vice President for any necessary action.

Granted that the Government has only been in power for just under twelve months, but it’s important that rice, bread and butter issues are given the utmost priority, to ensure that an already poverty-stricken population do not continue to suffer unnecessarily.
There is little doubt the NEW Direction is the RIGHT DIRECTION, after ten miserable years of poor governance and mismanagement of the country by the previous Government. But eleven months in power is too short a time for Ministers to begin to take their eyes off the ball. There is no place for slothfulness in governance.
Rice, bread and butter issues are matters of national security. If those charged by the president to help manage the economy are not pulling their weight, then soon there could be call for cabinet reshuffle – real and meaningful cabinet reshuffle to weed out slothful Ministers.
The proposed Market and Economic Intelligence Unit’s sole responsibility must be to monitor, assess and evaluate daily changes in market demand and supply – especially monitor stocks of traders and prices of basic consumer items, and plan quickly to avert national crises.
Let common sense prevail.