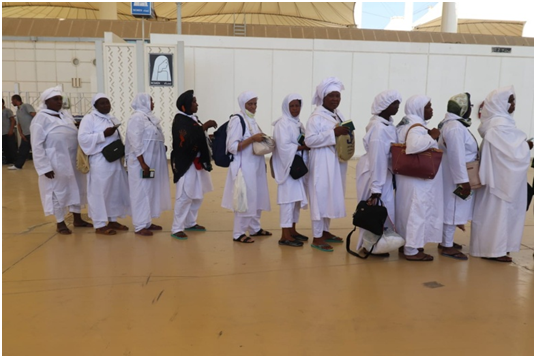 This medium learnt, on the 5th July 2022 that a total of 15 Sierra Leonean pilgrims, with immigration issues following their arrival at the King Abdulaziz International Airport in Saudi Arabia on Friday and Saturday respectively, have now been cleared to perform this year’s Hajj.

The intending pilgrims were cleared following a successful intervention by Sierra Leone’s Ambassador in the Kingdom of Saudi Arabia, His Excellency Dr. Ibrahim Jalloh.

Ambassador Dr Jalloh and his team held several meetings with the immigration officials to ensure that the intending pilgrims were approved to enter Saudi Arabia and be allowed to perform Hajj, which is the fifth pillar of Islam.

“The support we got from the Saudi Immigration Authorities was very helpful. As a Mission we were able to convince them to clear our 15 Sierra Leonean pilgrims to enter Saudi Arabia and I am very pleased to say that the said pilgrims will now join the rest of their colleagues to perform this year’s Hajj,” Ambassador Dr. Jalloh affirmed.

A total of 1,080 pilgrims from Sierra Leone are expected to perform this year’s Hajj in the Muslim Holy Land of Makkah in Saudi Arabia.