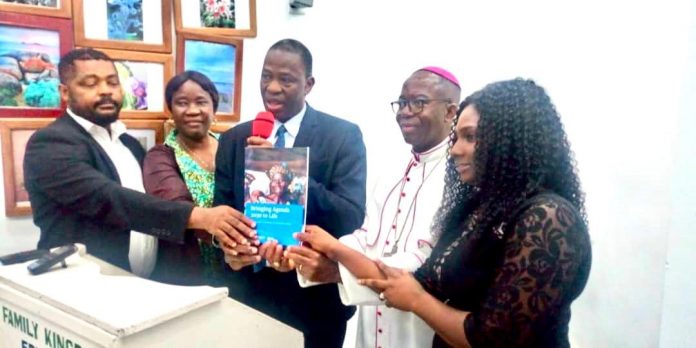 The report, which considers four principles, underpins the transformative aspirations of the 2030 Sustainable Development Agenda: ‘Leave no-one behind’; ‘tackling inequalities’; ‘integrating the environment and development’ and ‘participation and dialogue’.

Speaking at the launch, the President for CARITAS Sierra Leone, Henry Aruna, Bishop of Kenema Diocese, said the report is a significant step to supporting the national development plan. He noted that this shows that the Government of Sierra Leone’s national development agenda places the principles ‘leaving no-one behind’ as the key for national cohesion and a transformed economy.

Bishop Aruna said this will require civil society and government to work together, in collecting accurate and relevant data, in providing multi-sectoral approaches and in helping vulnerable individuals and groups become aware of and claim their rights and increase accountability and reduce corruption. He stated that the different religious traditions, including Catholicism, had embraced the objectives of sustainable development, because they are the result of global participatory processes which would reflect on the values of people could be sustained by integral vision of development.

In his keynote address, the Deputy Minister expressed his gratification in being a beneficiary of the report. He said the findings of the report will continue to strengthen the government’s determination to ensuring effective implementation of the SDGs in Sierra Leone.

Dr. Chakanda said in response to ‘Leave No-One Behind’, the government of President Julius Maada Bio has identified broad indicators, measuring risks of leaving certain segments of society furthest behind if nothing special was done; and have monitored progress of these indicators overtime. He said the government was very optimistic that implementation of the eleven key findings and recommendations of the CARITAS Report— Bringing SDGs to Life— will certainly increase President Bio’s New Direction Agenda and global performance in the SDGs.