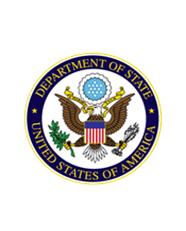 According to a Release by United States Embassy in Freetown on the 23th July 2020, the U.S. Department of State’s Bureau of International Narcotics and Law Enforcement Affairs (INL) announced a $425,000 contribution to the United Nations Office on Drugs and Crime (UNODC) to support efforts to combat organized crime in Sierra Leone.

It continued that the United States values its relationship with Sierra Leone and enjoys a close partnership with UNODC furthering how the U.S. is providing such a contribution to UNODC to reinforce the effectiveness of the Sierra Leone Transnational Organized Crime Unit (TOCU) and to strengthen the Sierra Leone Peacekeeping and Law Enforcement Academy (SILEA).

This initiative, the Embassy disclosed, will promote intelligence-led policing and investigations, interdiction and seizures of illicit drugs, and the prosecution of transnational organized crime cases. It was learnt that the project will also create and institutionalize professional law enforcement curriculum at SILEA that integrates respect for human rights and the rule of law.

It revealed that the INL funded the project through appropriations made by Congress to the U.S. Department of State that support efforts in the fight against organized crime and drug trafficking worldwide.  Those funds, it was maintained, will help the Government of Sierra Leone in building up the capacity to investigate and prosecute transnational organized criminal groups.