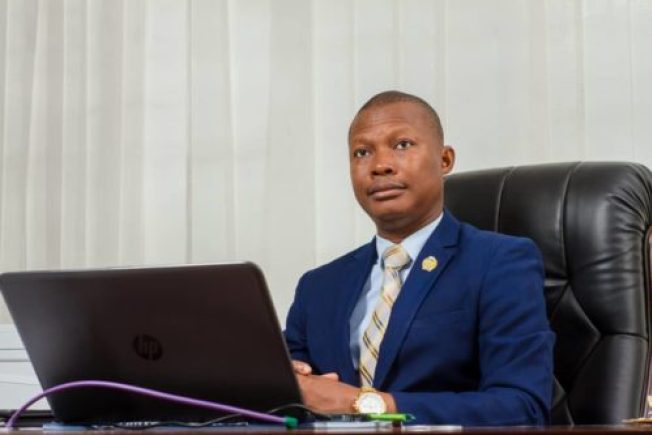 With Dr. Brima Baluwa Koroma at the helm of affairs of the Petroleum Regulatory Agency (PRA) there are expectations that there will be marked improvement in the petroleum sector. In a country with a population of 7 million people where consumption rate of 1.3 million litres of oil products has been documented the request for fuel products escalates as the country continues to depend on imports.

It goes without saying that to regulate an industry with only three petroleum distributors, two importers and one petroleum Jetty, is very challenging.

However, the Executive Director of PRA seems to be right on top of situation ensuring that things are done in the way and manner that they should be.

When he was appointed by President Julius Maada Bio nearly all the Oil Marketing Companies operating in the country welcomed the news simply because they consider him to be very knowledgeable with how the sector functions in the country.

Immediately after his appointment, Dr. Koroma convened a stakeholders meeting with Chief Executive Officers of oil marketing companies in the country – a meeting that changed the long-established status quo of doing business as usual.

Dr. Koroma was able to lay bare the mandates of the Agency which includes licensing and regulating the importation, refining, storage, transportation and distribution of petroleum products in a bid to ensure adherence to prices, and effective administration and enforcement of the enactment to downstream petroleum activities.

Hitherto, he was appointed PRA was considered to be an insignificant entity as most of the filling stations operate in the country without knowing the body responsible for regulating them.

He and team popularized the Agency especially meeting with prime oil marketing stakeholders during familiarization tours in the country.

He has laid down professional principles of fairness in the industry for all players which have made the petroleum industry a compelling place for investors to invest, while maintaining health, safety and environmental risk management at all times.

On the 8th of February this year, Chairman Baluwa led Vice President Dr. Mohamed Juldeh Jalloh on a conducted tour of storage and installation facilities of oil marketing companies at Kissy Terminal, Freetown.

The familiarization visit gave the team an insight into the operations of those companies and how the government could contribute to rebranding the industry.

Dr. Juldeh Jalloh was able to identify the huge untapped opportunities in the downstream sector which investors should take advantage of.

As a form of bringing the much-needed reforms, Dr, Baluwa developed petroleum guidelines in December 2018 which covers the construction of gas stations, the importation of petroleum products, trader’s license, trans-shipment, and bulk storage.

The establishment of filling stations in dwelling houses has been totally abolished and the use of bulk tankers for storage facilities in hazardous environments is a thing of the past. The agency has made it a must that before any new station is constructed, there must be an inspection of the site by the agency to ascertain the suitability of the location.

By all indication, the agency stands to increase such laudable performance in 2020 as more awareness is created.

Festive seasons in the country were once marred by acute fuel shortages due to artificial scarcity. Seeing this as a challenge to trade and movement of people, Dr. Baluwa has been constantly engaging both the Ministry of Trade and Finance and oil marketers in a proactive move to ensure that there is enough fuel in the country.

The sum of Le2 billion was recovered on behalf of the Government as strategic stock funds which have already been transferred immediately to the consolidated revenue funds.

A strategic stock that has been in the possession of some operators worth Le5.7 billion has also been disclosed.

The introduction of district sales return has helped to determine petroleum consumption by the district which has drastically reduced smuggling.

The introduction of the monthly quote price of oil in the world market by the PRA has helped to position the agency in a better way to determine whether the price of fuel should be increased or reduced.

For the first time in the country’s history, when there was a downward movement of price in the world market this year, Dr. Baluwa pushed for a reduction of pump prices which has never happened in the country.

Dr. Baluwa has not only been paying keen attention to the collection of fuel levies but also ensuring that oil marketing companies get an enabling business-friendly environment.

The Environmental Impact Assessment fees levied by the country’s Environmental Protection Agency continues to be a problem for investors as they consider the charges too high. This has led the Chairman to engage relevant authorities as a way of creating a meeting point where a win-win situation could be created.

The smuggling of fuel to neighbouring countries where prices are high has not only deprived Sierra Leone of much needed revenue but also contributed to creating artificial scarcities. As a way of mitigating such menace, the Agency has recruited DMO’s in all fourteen (14) districts in Sierra Leone to support the Agency to enforce its mandate, in terms of price uniformity, anti-smuggling, hoarding, health Safety precautions.

It is expected that this country will benefit immensely from his wealth of experience and as well to reposition oil marketing companies to effectively execute their business activities unfettered.