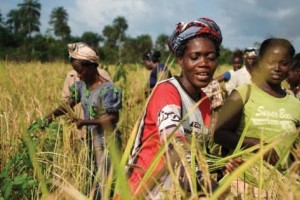 The review will be conducted by the newly appointed Minister of Local Government – former High Commissioner to the UK, Mr Tamba Lamina.

The review was launched at the Miatta Conference Centre, Youyi Building in Freetown, in response to the need for a bottom-up approach to economic development, greater local accountability, addressing poverty, and build local democracy.

It is on record that the SLPP Government has prioritised the decentralisation of public services and their delivery across the regions; and there are intense expectations for the Government to deliver on their promise.

Next week, the Government will be holding a public hearing on the Electricity Distribution and Supply Authority’s (EDSA) application for increased electricity charges.

A statement that was published said: “In accordance with the provisions of Section 45 of the SLEWRC Act of 2011, the Sierra Leone Electricity and Water Regulatory Commission invites stakeholders and the general public to review and comment on the proposed tariff submitted by the Electricity Distribution and Supply Authority (EDSA) from Tuesday 15th to Wednesday 23rd October 2019 on the EWRC website, www.ewrc.gov.sl.”

The public hearing will take place next Thursday, 24th October 2019, at the National Stadium Hostel at 9.30am, where the Commission will give both EDSA and consumers the opportunity to be heard and their representations taken into account.

It says that members of the public and stakeholders, who wish to make an appearance at the hearing to present their views, should communicate their intention to the Commission by Wednesday 23rd October 2019.

Submission of comments in writing by the general public started on Tuesday 15th and will end on Wednesday 23rd October, 2019 at 16:30hrs to the following address: