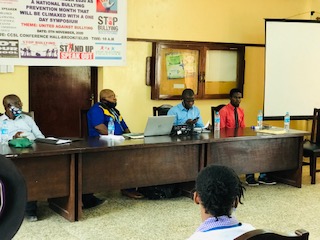 In a bid to increase the capacity of all  local, national and international actors in their communities to consistently and coherently contribute to the reduction and prevention of any form of bullying in the country, the Anti-Bullying Initiative Worldwide Sierra Leone Chapter (ABI-Worldwide) has on Thursday 5th November, 2020 held a one day symposium on the theme: “United Against Bullying”. The event was held at the Council of Churches in Sierra Leone (CCSL) Conference Hall at Brookfields in Freetown, bringing together teachers, pupils, state actors and the media to deliberate on bullying prevention in schools.

Chief Executive Officer, Anti-Bullying Initiative Worldwide Sierra Leone Chapter, Zainab Yillah, said that ABI-Worldwide is a non-profit charity initiative designed to capture the hearts, minds and souls of community members about the negative impacts of bullying and how they can make conscious efforts to reduce and prevent all forms of bullying in the society.

Zainab Yillah added that it is part of their strides as an organization to raise awareness on bullying prevention in schools as ABI-worldwide declared November 2020 as a national bullying prevention month which was climaxed with a one day symposium on the theme: “United Against Bullying” as a call to speak up with one voice, one heart and one soul on matters relating to bullying not only in schools but the country as a whole.

Foday Moriba Conteh, a Journalist/Youth Advocate, speaking on the role of the media in preventing bullying in schools disclosed that the media coverage of social issues has a profound impact on how communities understand and address problems, He added that research and expert opinion suggest that certain trends in media coverage of bullying have the potential to cause harm. In that regard, he admonished journalists to use professionalism in reporting bullying related issues.

He maintained that bullying affects the community and creates a negative school climate and is linked to later substance abuse by victims who may use alcohol and drugs to cope with emotional pain, adding that boys who bully are more likely to be involved in crime as adults.

Foday Moriba Conteh concluded by stating that the community can prevent bullying and schools can create a sense of belonging furthering that they can also support norms against bullying of which students can show respect for one another.

He pointed out that parents can set examples by being kind, talk with their children and work with school authorities to address bullying.

Giving the keynote address, the Secretary General of the Sierra Leone National Commission for UNESCO, Dr. Mohamed Combo Kamanda, said that bullying is an unwanted, aggressive behaviour among school going pupils that involves a real or perceived power imbalance, adding that the behaviour is repeated or had the potential to be repeated and that the kids who are bullied use their power to control or harm others which leads to power imbalance.

He said that Teachers, Parents/Guardian should equip children in order to respond positively to bullies in schools and the communities they live.

Dr. Kamanda noted that Cyber bullying is becoming more of a problem stating that it is the “use of any electronic device to harass, intimidate, or bully another” and may include text messages, emails, videos, posts and messages on social media and that schools need to ensure that bullying prevention efforts are stressed when it comes to cyber bullying.

Programmes Coordinator of Anti-Bullying Initiative Worldwide, Jefferson M.B. Sannoh, gave a summary of the Anti-Bullying Initiative School Survey Report which, he said, will be launched. He disclosed that the main aim of the research was to investigate the prevalence of bullying behaviour, its victims and the types of bullying and places of bullying among 13-17 year-old adolescents in a sample of school children in Urban and Rural Areas of Sierra Leone, adding that a cross-sectional survey questionnaire was conducted among Junior and Senior Secondary School pupils  for identification of bullying.

He further revealed that the Anti-Bullying Initiative School Survey Report results indicated that majority (96.7%) of pupils were involved in bullying behaviours as aggressors or victims, adding that for a male student, the likelihood of being involved in violent behaviours was detected to be nearly 8.4 times higher when compared with a female student.

The Programmes Coordinator also added that it was therefore concluded that a multidisciplinary approach involving affected children, their parents, school personnel, the Media, Non-Governmental Organizations, and security apparatus is required to achieve an effective intervention approach for the prevention of violence, targeting children in schools as victims and/or perpetrators of bullying.

Launching the ABI-worldwide Bullying School Clubs, Outreach Officer, who also doubles as Vice President of Social Workers Society FBC, Umu Hawa Jalloh, revealed that the Anti-Bullying squad initiative worldwide has always been at the front line in the fight for safer schools for all.

It was against such a backdrop that they decided to establish school clubs which will tackle the larger issues of traditional face-face bullying and the emerging issues of cyber bullying by organizing numerous bullying prevention workshops that offer definitive solutions, adding that the Anti-bullying clubs will use preventive methods against bullying and by involving teachers, administrators, parents and the community stakeholders. 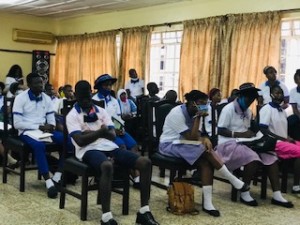 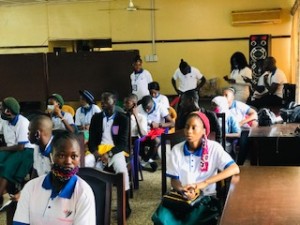