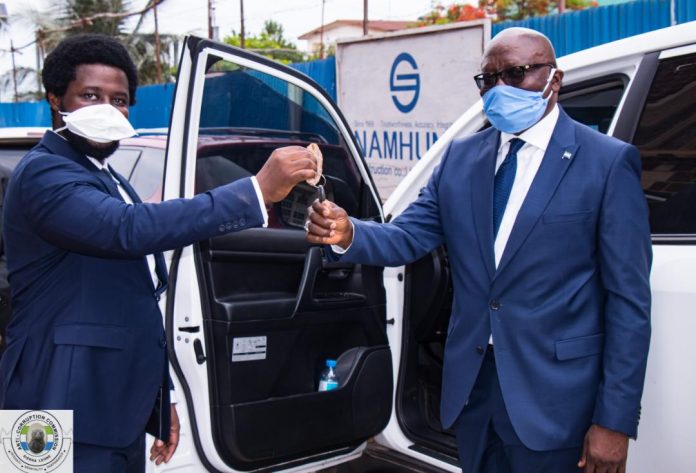 In a startling revelation this medium learnt that the Commissioner of the Anti-Corruption Commission  (ACC), Francis Ben Kaifala Esq, on Tuesday 26th May 2020, handed over to the Minister of Transport and Aviation, Hon. Kabineh Kallon, a white Toyota Land Cruiser Jeep recovered from persons it had been allegedly sold to in Guinea by Madam Khadijatu Olamatu Seisay, the former Deputy Minister of Works. The handing over of the vehicle took place at the ACC Headquarters, 3 Gloucester Street in Freetown.

She had been charged with Misappropriation of Government Property before the vehicle was recovered and the matter is proceeding before Justice Bintu Alhadie in the High Court. The ACC has now handed over to the Minister after completion of all administrative processes.

The Deputy Commissioner, ACC, Mr. Augustine Foday Ngobie signed the vehicle away to Hon. Kabineh Kallon  while the key was handed over by the Commissioner in a brief formality outside the ACC Offices. 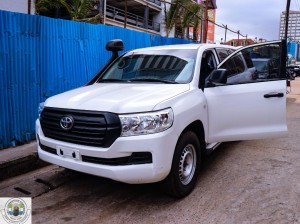 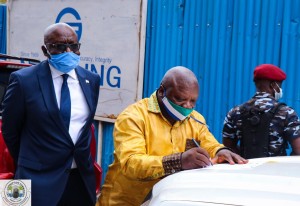