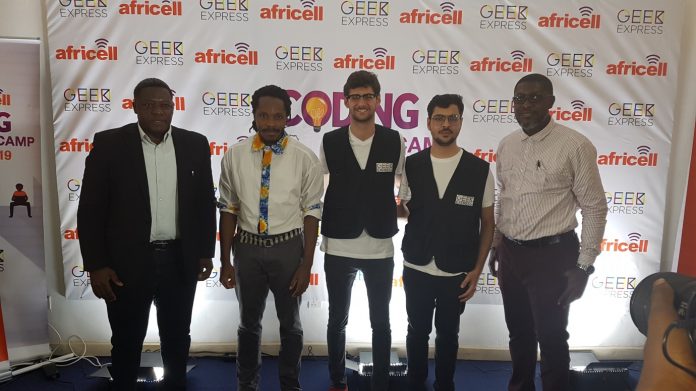 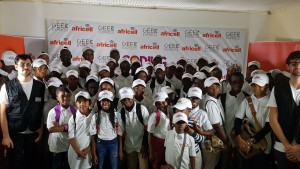 One of Sierra Leone’s leading telecoms companies Africell has launched a Coding Boot Camp in order to promote coding among students in the country.

Computer programming (coding) is the process of designing and building an executable computer program for accomplishing a specific computing task.

The program which attracted students from different schools in the country was done at the Africell American Corner on Bathurst Street on 8th August 2019.

In his address, the Chief Corporate Affairs Officer, Abass Joe Bangura disclosed that a week ago they attended a conference that was organized by NATCOM where one of the key issues discussed was the need for a digital economy in the country.

He said the Digital Economy is where you do not need to go across to shop and pay bills, but sit at the comfort of your house and conduct transactions using the internet. He said one of the major pillars to build the digital economy is to create a responsive educational system that responds to that environment noting that Africell has been doing such for the past years.

He commended Dr. David Sengeh for his tremendous efforts in pushing innovation forward and helping young innovators across the country.

Speaking to the students present, Chief Innovation Officer, Dr. Moinina David Sengeh said that their age does not matter, but rather they should realize that they are leaders. He encouraged them to see themselves as leaders and not kids.

He disclosed that the country needs minds that think competitively for ideas and that is why the Directorate of Science and Technology was established.

He stated that the launch of the Coding Boot Camp will help students learn innovative ideas which would change their lives and the lives of many Sierra Leoneans. He said the establishment of the Science and Technology Directorate by his Excellency, President Julius Maada Bio is to enhance the improvement of Science and Technology in the country.

He challenged the students to find solutions to problems that will help transform the country.

He said the Coding Boot Camp will prepare them for the jobs in the future and developing what they would like to create which will transform the nation.

The meeting was chaired by John Konte and other participants. Students and the press also graced the occasion.