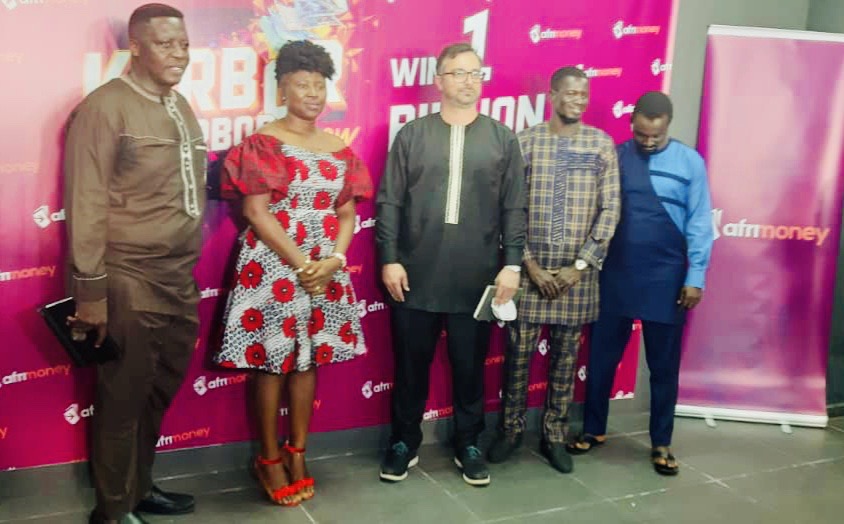 Africell Sierra Leone has on Friday 4th September, 2020 unveiled the “Korbor Korbor Show”, a new promotion that is  offering  a whopping 1 Billion Leones  Grand Prize as well as millions of Leones to be won daily through Afrimoney over a period of 40 Days. The launch took place at Africell Headquarters at Wilberforce in Freetown.

During the program, the Chief Corporate Affairs Officer of Africell-Sierra Leone, Joe Abass Bangura, said it is the second time they are hosting members of the Fourth Estate at their premise since the outbreak of the coronavirus pandemic in the country, which according to him, is an indication that things are gradually getting back to normal.

He added that such does not mean that all should get off their guard or stop adhering to COVID-19 precautionary measures. Joe encouraged all to continue to utilize their respective mediums to keep reiterating and reinforcing the messages around precautionary actions and early health seeking behaviours.

He maintained that life must go on alongside fighting the COVID-19 pandemic adding that as a service provider they did not really place a pause on anything as they have been working round the clock to actualize their mandate of providing  their esteemed subscribers with the highest telecommunications facilities or services at affordable costs.

Joe Abass Bangura stated that in that regard they are pleased to announce and officially launch the AfriMoney “Korbor Korbor” Show.

He said  the Show will avail subscribers the opportunity to win millions of Leones on a daily basis  and a grand prize of Le 1 Billion (One Billion Leones) to be won during the final draw of the Show which will take place on the 4th November 2020.

The Africell Chief Corporate Affairs Officer continued by revealing that the live Show will start on Monday 7th September 2020 and ends on Friday 30th October 2020.  “The Show will be aired live on AYV TV, FTN TV, AfriRadio 105.3 FM and all major radio stations in every region across the country from Mondays to Fridays beginning 9:00PM and ending at 10:00PM.

He intimated that to qualify for the AfriMoney KorKor Korbor Show subscribers need to conduct transactions using AfriMoney like sending money, cashing in, paying for EDSA or DSTV, buy airtime or data bundles from 4th September to the 30th October, 2020 which will put them at vantage positions to get a chance to enter the daily draw.

She disclosed that there will also be a daily giveaway roadshow targeting their AfriMoney Agents nationwide, adding that an Afrimoney surprise team will be visiting the Agents’ shops and outlets on a daily basis and ask them to do a transaction of any amount to be mentioned by the team.

“If the agent is ready with the float either (hard/electronic), he/she will be the lucky winner of millions and there will be five Agent winners per day who will win 500,000 Leones in different regions across the country,” Nancy divulged.

“To participate in this amazing promotion as a subscriber you must be registered to Afrimoney that has sent money or cash during a minimum transaction of Le 2,000 by either paying for EDSA or DSTV or for purchasing airtime or data bundles. You would be the next Billionaire,” she assured.