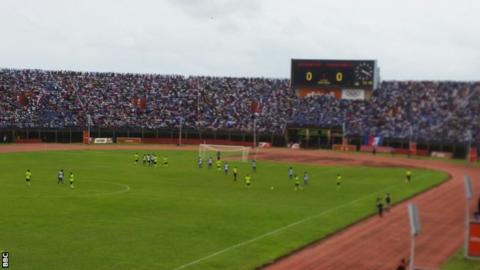 The Central One Football Association (COFA) competition for 2019/2020 champions kick-started on Sunday 18th August 2019 with the Fullah Town community football club clashed with the Kissy Community football at the Parade playing field.

Chairman of the Association, Pa Sheka Sam Sesay, told this medium that the 2019/2020 competition will be seen in a different style than those of the past years, adding that security will be water-tight strongly maintaining that if supporters of any team are found wanting of perpetrating violence or misbehaving the organization will ask the team to quit from the competition stressing that there will be no favouritism.

He also said in the 2017/2018 competition that ended the person that took the third (3) place received an amount of money disclosing that they have decided to repeat such this time round.

He further stated that the Premier League has just concluded and it is timely for COFA to keep the players on track in order for them not to relax. “When the Premier League was not playing the COFA competition managed to keep the footballers engaged and they will continue to do so as to keep football alive”, he stated.

He maintained that the Central One Football Association is a reputable entity and they are doing everything possible to ensure that they keep the Association’s image intact because they believe that it is only through football that they can enhance peace among community residents and the country as whole.

He concluded that COFA will continue to keep the peace in football because it is not meant for fighting stating how trained and qualified referees will officiate every match to ensure that good standards in football are achieved in line with international standards.