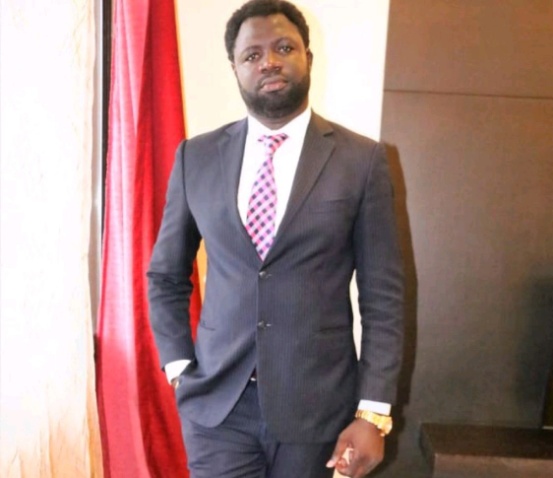 Prince Jacob Macauley, one of  the most widely acclaimed Economists, during a privileged  engagement with this medium,  stated that he is calling on the SLPP led Government to give utmost priority to revamp  the country’s energy sector , as it has done to the educational sector, which he maintains will not only strongly stimulate growth but also greatly enhance economic development.

The witty patriot, who decided to leave the comforts of residing overseas in order to contribute to national development, argued that the development of any country’s economy largely depends on the private sector furthering that a buoyant private sector is derived by huge, thorough and meaningful investment.

Taking it forward, he maintained that investment, in all its form, requires sustainable electricity supply arguing, otherwise, the efforts of the private sector to contribute to national development and the economy will be adversely affected.

He succinctly pointed out  that the same attention that the current SLPP led Government , headed by President Julius Maada Bio, is paying to the education sector should be replicated to the energy sector.

“Government should put more resources into the energy sector and allow more players to come on board, like the Independent Power Producers (IPPs),” he averred adding that there are many interested parties wanting to invest in the energy sector but lamented that the space is not open to them.

He suggested that whilst the Karpowership is helping in the provision of electricity to Freetown there are other parties that are also ready to contribute to the sector but can only do so if the congenial space is created.

The Economist, Prince Macauley, said the  current erratic energy supply is causing a lot of damage to the country’s development trajectory, as businesses are suffering.  He pointed out the reality that business people have to rely on generators to run their businesses, which, according to him  is not cost effective and causes a loss to Government’s revenue generation drive , as business owners instead have no option but to spend on fuel and maintenance of generators.

He added that the Tourism industry is also adversely affected, as those managing hotels and business houses along the beaches need constant electricity to run their businesses.

According to him, Hotels have a lot of electrical appliances that demand electricity to provide their guests with the requisite comfort accorded to guests across the world.

He also pointed out that entertainment spots along beaches and in the city also need energy to keep their businesses going and enhance sustainable job security for its workers.

The Economist highlighted that the development of the hospitality sector, with the establishment of Tech Vocs across the country, is geared towards providing young people with the requisite skills to be employed in hotels and other businesses.

Jacob Macauley argued that such is part of the Human Capital development drive that President Bio is referring to when he always talks of empowering young people. He, however, maintained that with the absence of adequate facilities to keep them employed will not only dampen their zeal to learn, but will increase the unemployment rate in the country, adding that this is how important the energy sector is to development in the country.

He also added how private individual traders doing petty businesses in their respective communities are disadvantaged by the absence of electricity supply, saying  most of them need energy to power their refrigerators and freezers that they use to store and freeze their goods.

“Many citizens depend on cold water, cold drinks, including locally made ginger beer to keep life going and maintain their families, but with the current erratic electricity supply, their businesses have been affected and those are the ones complaining about the ‘gron dry’, because they are unable to make ends meet and take care of their families,” he stated but said with electricity, the burden on the ordinary man will be reduced, as access to some basic commodities will be affordable, as people will be engaged in small businesses to maintain their families.

Macauley expressed the view  that no Government will be able to please the population in their respective countries, but ,said, with such infrastructures in place, the burden on the ordinary citizen could  be minimized and life made easy.

He reiterated the need for the Government to focus on priority areas that will yield quick dividends, like electricity, which will eventually increase trade and commerce, eventually generating more revenue for the Government with its trickling or cascading effect of profit to the individual and the nation.