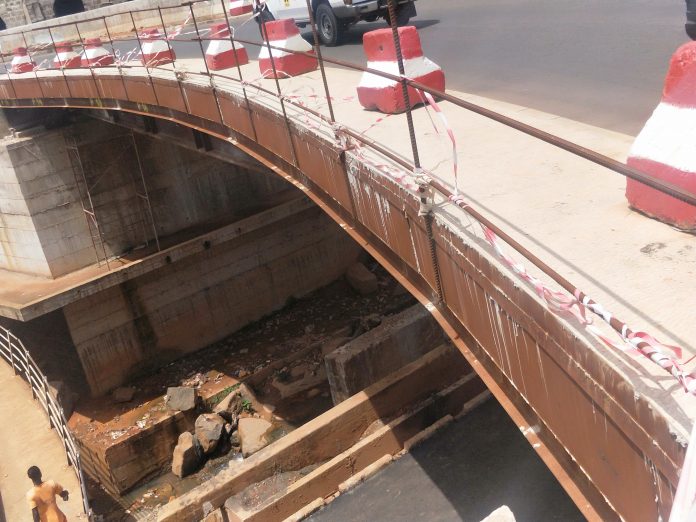 Gento Group of Companies has been widely commended for being one of the indigenous road construction companies that has exemplarily impressed so many Sierra Leoneans for what many has described as the company’s execution of state of the art road construction works including Hill Cut Flyover bridge.

The company has been rated high for undertaking and finally completing the country’s first flyover bridge at Hill Cut Road amidst myriad of challenges it encountered during the construction phase.

On the 29th May 2019 the company erected 175 tons of iron (the heavy iron carriers of the flyover bridge) and when it was completed amounted to 200 tons.

The road construction company which is 100% owned by a young Sierra Leonean entrepreneur Mohamed Gento Kamara is also credited  for creating job opportunities for many young people.

When we take into consideration the importance of infrastructure to the country’s development trajectory in terms of movement of people and goods, it cannot be overemphasized that there is the need to have well-constructed roads, bridges and flyovers.

In times past, this country depended exclusively on awarding contracts to foreign based construction companies. What that means was giving jobs to foreign nationals and taking monies overseas in the form of remittances. However, with the emergence of locally based companies like Gento Group of Companies, the narrative was completely changed as the company has now dominated the road construction landscape in this country. Through the operations of the company many have been provided jobs, skills have been learnt, lives have been improved and Government have been benefitting from the taxes that the company had been paying.

Gento Group of Companies has now taken the lead as the most incisive indigenous road construction company that is complementing the Government’s strides in achieving the construction of well-constructed roads and bridges. Sierra Leoneans both at home and abroad have heaped praises on the company for the qualitative work done so far on the Jomo Kenyatta, King Harman and Hill Cut Roads.

From a random survey conducted by this medium, most whom we talked with, stated that they are really impressed by the quality of the work. Some have expressed the view that currently, residents in the area can now move around with pride as they claim immediate ownership of the flyover saying it is in their backyard, whilst residents in other parts of the country feel proud to be identified as Sierra Leoneans.

During an inspection tour of the completed flyover bridge, the Minister of Works, Peter Bayuku Conteh and his Deputy, Philip Tondoneh, both praised the work of Gento Group of Companies saying they are extremely satisfied with the quality. They admonished road users, both pedestrians and motorists, to use the flyover with caution and respect all traffic rules and regulations.

It must be recalled that road engineers described the terrain where the flyover road was constructed as one of the most difficult terrains in Freetown because of its hills, rocks, and topography. However, the fact remains that Gento and his professionals were able to undertake solid construction work and such has been described as a testimony of the professionalism of the company’s workers.

Many are of the view that the completion of the flyover will ease traffic congestion in the far West End of Freetown.

He explained to this medium that the Gento Group of Companies is the only construction company that conducted hydraulic survey before construction, a professional move undertaken, in order to avoid overflow of water from the drainages unto the environs. He further explained that to access their quarry, they drive up to 45 km to collect granite and this entails time and money as fuel is heavily consumed.

To access water was another challenge and it was one of the factors that created delay during construction work. “We did all our best to do quality work and our CEO, Mohamed Gento Kamara, is very passionate about developing this nation” he said.

As part of rolling out its Corporate Social Responsibility, the company built a mosque and church for the residents living within communities very close to where the flyover passed.

The company is also hailed for providing humanitarian assistances to Muslims during this month of Ramadan as well as other gestures aimed at improving lives. 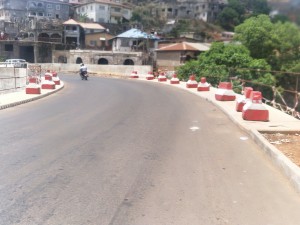 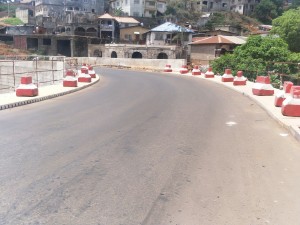 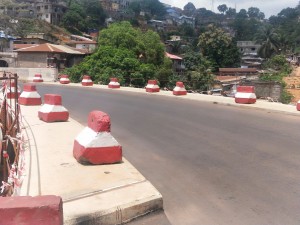 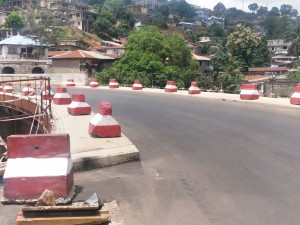