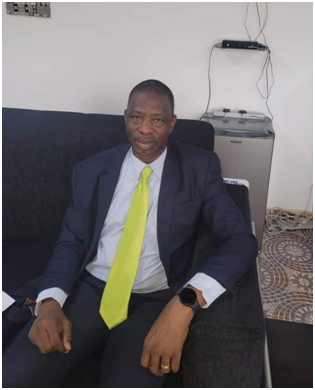 The Executive Director of the Sierra Leone Seed Certification Agency, Dr. Robert Chakanda, has disclosed that the agency had made impressive achievements of its 2021 target, which included an end to Government’s importation of seed, more seed production locally and setting up of a better seed system.

Explaining further about the progress made, Dr. Chakanda revealed that all what they promised in 2021 they were able to achieve. He furthered that the Government is no longer importing seed into the country and that seed production has now been taken over by the private sector.

Since 2021 to date, he pointed out that seed companies in the country have produced eight times the amount of seed imported before the decision of the Government to stop importing seed.

To achieve that feat, he said, there was need to strengthen the seed system. Thus, people claiming to be seed dealers were given minimum criteria to fulfill before they are registered as dealers, which included the following: that they should at least have a shop where they could do their businesses, have a store to keep the seeds, should be registered with the Government and paying taxes to the NRA.

He disclosed that some 250 people applied but during the vetting it was discovered that some do not even have a telephone number that they could be reached on and many did not meet the criteria set down. Eventually, only some 22 were qualified to be dealers.

As the Government had stopped importation of seed, it was therefore necessary to strengthen the seed value chain, which meant that there should be a lot of research taking place to ensure quality seed is produced.

In that regard, he explained that a lot of research is being done at several research centres in the country, like the Rokupr Rice Research centre. The centres concentrate on developing new varieties of rice seed and these are then given to the companies, who in turn use the research products and advance them to foundation seeds, certified by SLeSCA. These advanced foundation seeds are then given to the growers. The vendors then sell the seeds to farmers for cultivation and better yield.

Dr. Chakanda noted that this arrangement has seen huge result, as the sector was able to produce 8 times the number of seed that was imported before this period. He disclosed that the International and National Seed Companies produced 919.2 tons of rice seed of high quality standard, against the 161 tons that was imported in 2021, also Local Seed producers nationwide, produced 1,018.29 tons of QDS under the supervision of District Agriculture Officers and SLeSCA, against 986 tons needed for farmer support. Thus all districts now have seed quantities of QDS to support rice production this year. He maintained that with this development, there is therefore no need for the Government to import seed for farmers. He however, hastened to say that not every grower was a seed grower, as they were able to identify seed growers. With this arrangement, seed operators were organized along the value chain of seed investment. Thus, they now have Researchers, Growers, Value addition sector, Vendors and users of seed, as well as private sector seed importers.

In respect of the latter, they had to meet certain minimum criteria, which included having a shop, storage etc. These belong to a special class and SLeSCA will have to inspect their facilities, get information about where the seeds are being imported from and the quality of such seed. He maintained that any single entity can import seed but they should have the facility and SLeSCA should know about the company from which they are importing seed from. He furthered that all seed producers were identified and monitored by the District Agriculture Officers and SLeSCA. He expressed happiness that things have taken shape now, a far cry from the old free for all system that was operating before.

Speaking on the voucher system introduced by the government to support farmers, Dr, Chakanda noted with satisfaction that the Ministry of Agriculture now has a data base of all seed operators in the country certified by SLeSCA. He further clarified that SLeSCA had encouraged seed companies and vendors to open shops in all districts across the country. Currently there are some five dealers with shops in every district, from which farmers could buy their seed, stressing that initially, seed shops were only located in Freetown, but with this new arrangement, the seed shops are brought closer to the farmers. Thus, they do not have to travel all the way to Freetown to get their seed.

This opportunity taken by SLeSCA to establish seed shops in every district has helped the farmers greatly to access seed. These dealers and growers are given technical advice by SLeSCA on how to manage their business and maintain the quality of the seed, as well as training, adding that training is a consistent practice in the sector to achieve the desired objective. So far things are looking good for the seed sector and food security in the country, he concluded.