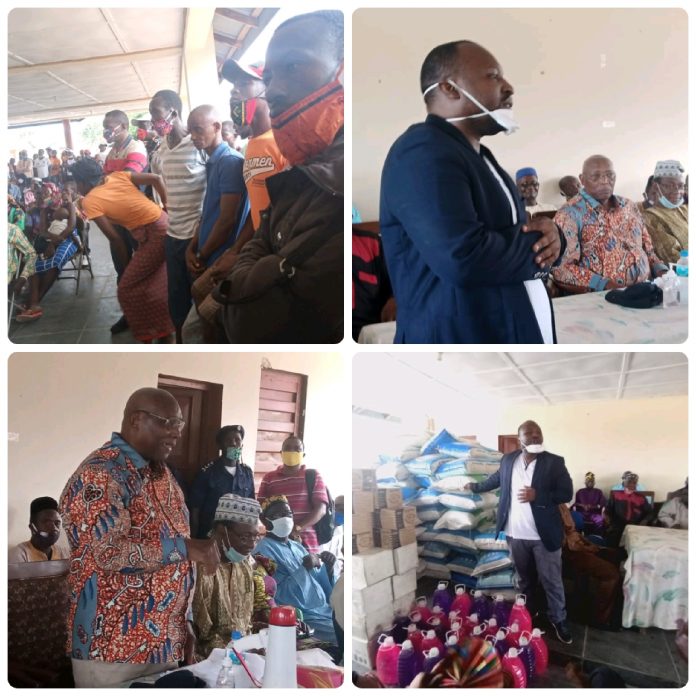 In his statement, Alimou Barrie, the Chief Executive Officer of Pavi Fort revealed that he joined the fight against COVID-19 in order to complement Government’s efforts in its strides to contain the spread of the virus in the country. He disclosed how he has made donations of similar nature in different parts of the country further mentioning that it is his intention to do so in the 16 districts within the country.

He emphasized on the relevance of adhering to precautionary measures set aside by the World Health Organization and the Ministry of Health and Sanitation, which include regular hand washing, use of facemasks and practising social distancing and to be very vigilant, cooperative and not to be complacent in fighting the virus.

Presenting the items, the Chief Executive Officer of Pavi Fort, Alimou Barrie, noted that the donation is a good will gesture to complement the efforts of the Government and to aid the People of Karene Districts in the fight against the Coronavirus. Alimou Barrie presented a cheque of Twenty Million Leones (Le20,000,000), 80 bags of rice, 30 gallons of sanitizers and 5000 face masks to the District COVID-19 Emergency Response Centre (DICOVERC) at Gbintie Town in Karene District. He clarified that the donation including cash, medical items and 80 bags of rice (50 kgs) worth 110 million Leones are meant to facilitate the work of the fight against the corona virus within their respective chiefdoms in the district.

Politicians, Local Authorities and residents heartily commended the CEO of Pavi Fort Sierra Leone, Alimu Barrie, for what they described as a timely, selfless and patriotic move to fight a deadly virus, restore sanity and continue to embark on development programmes. The donation of the aforementioned items and cash benefitted residents and the Regent Chief of Dibiya chiefdoms, Pa Alhaji Amadu Jah, as social mobilization support to the traditional authorities in fighting the coronavirus disease in Karene District.

The occasion was graced with traditional singing and dancing from residents across the district at the Gbinti Town court Barray, Dibiya Chiefdom.

It is on record that Pavi Fort Construction Company has stood by the side of the Government of Sierra Leone during trying times, as it did on August 14th 2017 when the mudslide occurred at Regent. The company was among those that donated relief items, which included five hundred bags of rice, Le25 million Leones and provided three excavators to clear the rubble and also built fifty two (52) houses at 6 Mile to address the housing problems faced by the victims in the aftermath of the mudslide incident. 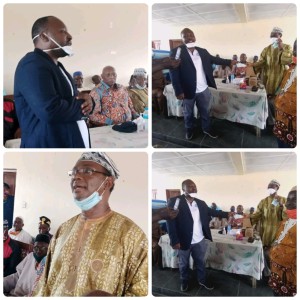