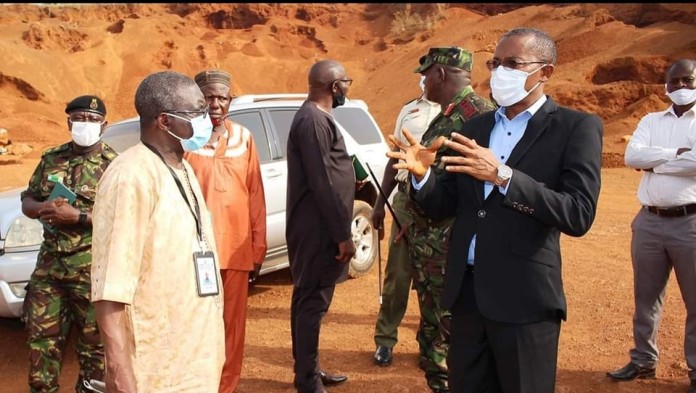 One of the objectives of the World Bank $41.1 million International Development Association (IDA) grant is to support the establishment of an efficient and accessible land administration system in Sierra Leone.

Abdu Muwonge, World Bank Country Manager for Sierra Leone said that the project which is to help strengthen the country’s legal and institutional framework in the sector by financing the implementation of the core aspects of the 2015 National Land Policy, including the registration of customary and freehold land tenure, “…will have a transformative impact on the economy and society as a whole as well as positive impacts on agriculture productivity, urban development, own source revenue generation, and gender equality”.

Indeed, new approaches are needed to establish property rights in ways that would encourage investment and rising productivity (especially in agriculture) and give landholders and local communities a stake in Sierra Leone’s economic future; and to provide transparent and accountable governance of the country’s considerable natural resources.

“Corruption and economic mismanagement, lack of opportunities for youth, and the underdevelopment of rural areas” were identified in the postwar truth Commission process as underlying causes of the conflicts that devastated Sierra Leone between 1991 and 2002.

Whilst donor support to Sierra Leone enabled combatants to be disarmed and reintegrated into society, economic performance remains inadequate to move Sierra Leone up from its place at or near the bottom rank of the Human Development Index.

Many young men have turned away from agriculture toward mining, where they appear to find higher incomes but exploitative working conditions. Millions more spend their time idly in big towns and cities looking for employment that is not there.

Further, national and local governance are still prone to the same kinds of corruption and mismanagement that characterized Sierra Leone before the conflict.

Close monitoring of Sierra Leone’s initial development efforts will be essential to identifying those factors that impede or accelerate achievement of higher productivity, incomes, and rural well-being in agriculture. Exactly what these new approaches might be, however, is still a matter for analysis and political debate.

Given the country’s increased reliance on imported rice for survival over the period of conflict, for example, many have recommended rapid revitalization of the agricultural sector through expansion of irrigation in the country’s inland valleys and wetlands, and greater investment in infrastructure to connect rural areas, where just over 60% of the country’s 5.5 million people live.

The Government’s 2009 National Rice Strategy proposed that efforts to achieve national self-sufficiency in rice production are “the only solution” to food security and economic growth.

Many however question the institutional capacity of the Government and local communities to support this agricultural strategy, including the ability to train farmers in the new methods of cultivation required for irrigated production, and the willingness of local paramount chiefs to appropriately handle the “micro-politics” that surround the allocation of land subject to customary tenure, especially when land was abandoned during the years of conflict.

Similar analyses and debates will underpin development strategies for the mineral and forestry sectors, sectors of the economy which provide Sierra Leone with considerable potential for wealth.

The 2009 Poverty Reduction Strategy Paper underscored the importance of legal reforms of the mining and forestry sectors for jobs and revenues.

Some legal reforms have been achieved in the mining sector. Based on past experience, however, implementation of the new legal framework will require strong resource governance structures able to meet the challenge of assuring that the benefits from the legal exploitation of the country’s mineral and forest resources are widely distributed and/or invested for the good of all citizens. This is not an easy challenge.