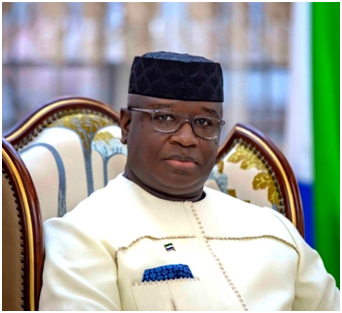 In a correspondence put together by Equality Now and its partners in Kenya and Sierra Leone, for the attention of President Julius Maada Bio, while the President was on a visit to Kenya, he was first welcomed by women’s rights activists living and working in Kenya on that country’s Madaraka Day.

It was pointed out to the President that it is not only for the reason that in 2020, Sierra Leone lifted the education ban ensuring all students, regardless of their status, access school including pregnant girls but also for the fact that Sierra Leone signed and ratified the Protocol to the African Charter on Human and People’s Rights on the Rights of Women in Africa (Maputo Protocol).

According to Equality Now and its partners, in that regard, Sierra Leone and Kenya share a kindred bond in committing to comprehensive legal frameworks that serve to both prevent the violation of women’s rights and also to respond, in the event, that violations occur.

They said they want to inform the  President that they wish to offer that there is yet one more step Sierra Leone could take to protect the rights of women and girls and be fully compliant with its Pan African, as well as global legal obligations. They stated that Sierra Leone needs a total ban of female genital mutilation (FGM).

The rights activists said both the World Health Organization and the Centre for Disease Control have found that the harmful practice has completely no health benefits but on the contrary, it is known to be detrimental to the wellbeing of girls and women in innumerable ways.

They pointed out that firstly, it is extremely painful and traumatic and secondly, the unnecessary removal of or damage to healthy, normal genital tissue interferes with the natural functioning of the body and causes several immediate and long-term health consequences, including fistula and even death.

Equality Now and Partners expressed the view that in fact, the United Nations Committee against Torture and other Cruel, Inhuman or Degrading Treatment or Punishment in its General Comment number 2 of 2008, found that FGM amounts to torture.

They argued that torture- including FGM as agreed by all nations across the world, is a human rights violation and illegal pointing out that Sierra Leone’s most recent Demographic and Health Survey (DHS) reports that nearly 90 percent of women and girls in the country have been subjected to FGM.

The rights activists pointed out that this year there have also been reports of deaths as a result of FGM-related complications.

Equality Now and Partners stated that whereas communities that practice FGM put up many reasons to justify its practice including religion and culture, a human rights perspective informs them that the practice has deep roots in inequality between the sexes; that it constitutes an extreme form of discrimination against women, that it violates the rights to health, security and physical integrity of the person, the right to be free from torture and cruel, inhuman or degrading treatment, and the right to life when the procedure results in death.

According to them, it is only allowed to go on unfettered where communities fail to recognize women as human beings deserving of their rights including the right to life.

They reminded the President that Sierra Leone has already taken a first powerful step of ratifying the Maputo Protocol, whose Article 5 provides that FGM is illegal.

“We now implore you to take the second and most definitive step of legislating an anti-FGM law in Sierra Leone,” they made a passionate appeal.

They pointed out how Kenya has the Prohibition of Female Genital Mutilation Act and the President has committed that ending FGM will be his legacy this year.

The campaigners maintained that Kenya’s efforts have borne fruit with UNFPA recording prevalence rates at 21 percent down from 37.6 percent in the previous years.

Equality Now and partners stated that the Beijing Declaration and Platform for Action in 1995, identified ending FGM as essential to realizing girls’ rights including the right to education, which, according to them, they know to be dear to the Sierra Leonean Government and people.

“We hope that as you return back to Sierra Leone, you will take these successes for women and girls and make them a common point of action and commitment between these two great nations,” they further appealed and wished. 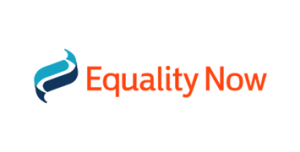