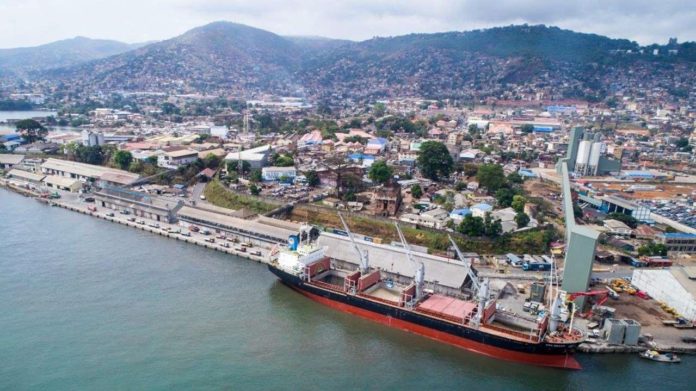 One of the key players operating at the Queen Elizabeth Quay in Sierra Leone is the Nectar Sierra Leone Bulk Terminal (NSBT) commonly known as Nectar. The entity is a Joint Venture Company that won a tender issued by the Government of Sierra Leone way back in 2014 to run the bulk terminal at the Port of the Quay.

Since it started operations, the company has been functioning in ways that are geared towards meeting international best practices and high standards in all aspects of its operations and has invested hugely in equipment and infrastructure in order to provide the necessary services needed for all areas of port operations.

Nectar could now boast of having in its possession new handling equipment, improved warehouses, an effective security apparatus, powerful security lights all in place to offer a better user experience.

It was in 2015 that Nectar took over the Bulk Terminal, employing 80% of Sierra Leoneans. In its operations the company is committed to provide a safe and clean environment.

In 2017, the company acquired over 5.4 acre piece of land within the Port on lease which was developed for agricultural imports and exports.

With regards its activities, Nectar is responsible for all the activities at the Port from the unloading of vessels to storing of cargo in the Port warehouses including maintenance of all terminal equipment.

The company introduced new methods of handling cargo and invested in new equipment and infrastructure at the Port. With the improvements ushered in by the company since 2015, such resulted into ships discharging more efficiently and faster. It also successfully beefed up security at the Port to such an extent that thieving has been drastically minimized.

It must be noted that there are now two berths at the Quay and extensive warehouse facilities with the Queen Elizabeth 11 Port now providing bulk and break bulk discharge, weighbridge services, quayside bagging facilities, an integrated digital Terminal Management System and a consolidated cargo management.

Historically, NSTB involvement in the country dated back to the late 1980s. During those periods the company pioneered bulk and bagging operations in Freetown under the USAID Title11 programme. It also pioneered logistical savings of importers of rice and other basic commodities.

However, since 2015 the company’s investment focused around the Freetown Port which serves as the major logistics hub for the country’s imports and exports. This was more so because the country has one of the world’s deepest natural harbours, which is located almost equidistance between Brazil and major northern European Ports with many significant commercial advantages with potentials yet to be fully realized.

To date, NSTB has committed US$30 Million to a new investment. The company has embarked on a project geared towards designing and constructing a new deep-water jetty with a new berth also refurbishing the existing berth to enable a larger class of vessel( up to Panamax size).

The company has key client factories situated at either side of the terminal and they comprise both Leocem and the Dangote group.

In terms of growth objectives, the company is keen on increasing the ease of shipment, competitiveness, viability and profitability of the port facilities and to attract greater international traffic. It is serious in providing modern facilities, expand the existing berths and quayside space, increase import capacities and enable shipments by having deeper draft, more efficient unloading systems as well as a reduction in operational costs for importers and ship owners alike, double tonnage handled in 9 years from 400,000mts in 2016 to 800,000mts at the Quay. The company also handles clinker, cement, rice, palm oil, fertilizers, wheat and has further developed the handling of bauxite and iron ore.

The company has so far invested US $ 5 Million in equipment and refurbishment. NSBT, this medium was informed, will continue to provide services including unloading of vessels to storing of cargo in the Port warehouses as well as maintenance of all equipment.

In terms of the design of the 3rd Berth NSB is constructing a new berth, 190 meters in length,13 meters draft, 1.2 hectares (2.96 acres) of new reclaimed land for shore side storage and new warehousing, to handle a maximum vessel size LOA 225m and provide additional capacity to handle more volumes as the trade grows.

This medium was intimated that the expected environmental improvements that will follow the expansion of the berth include: a 16,000mt vessel of bulk clinker / gypsum taking on average 400 truck movements during the discharge. Currently these trucks have to travel 1.5km round trip from the factory to the berth to load and return.

The new berth will reduce that distance to 300m – thus reducing the overall distance travelled for the trucks by 80%.

It also means that discharge speeds will be increased and the environmental impact of engines running / trucks moving through the terminal will be reduced by the same amount.

The expansion will also allow NSBT to segregate the terminal so that when handling foodstuffs like Rice / Grain on Berth 1 and 2, the more industrial type of cargoes can be kept at a distance and thus eradicate any risk of cross contamination.

Furthermore, the new berth will provide 225 m berthing space and 13 m draft allowing for larger vessels and economies of scale thus reducing the carbon footprint on a per shipment basis.

The new berth will allow NSBT to target a reduction in traffic (truck movements and number of trucks needed / noise and congestion for one of its major clients. Just in distance alone, it will produce a saving of 6,000kms of truck movements per annum for just 1 client in terms of distance travelled during the unloading.

With regards rolling out its Corporate Social Responsibility, NSTB considers social impact as important as having an economic impact.

So far, NSBT has donated fire engines to the Sierra Leone Ports Authority in 2017 along with uniforms and ancillary fire-fighting kit.

It is a partner with “Street Child Sierra Leone” to sponsor 25 homeless children in the Cline Town area of the city in order to get them off the streets and into long-term education.

The company built 6 classrooms, the Headmaster’s office and Staff Room at the Muslim Brotherhood Primary School (Cline Town) in 2017.

In 2019/2020, the company supported the Freetown Cheshire Home (Cline Town), the Sierra Leone Ports Authority Football Club and donation towards the construction of a Vocational Centre along with local COVID- 19 initiatives.

In 2021, NSBT funded the construction of the new Kanikay Police Station in Cline Town.

Since 2017, NSBT has committed funds in excess of US$155,000 on local community projects within its area of operations.

Indeed, NSBT is one among the companies considered to be very progressive and greatly contributing to overall national development. 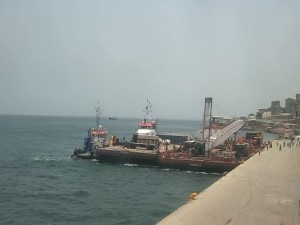 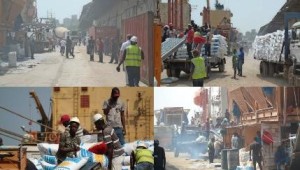 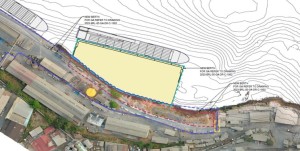 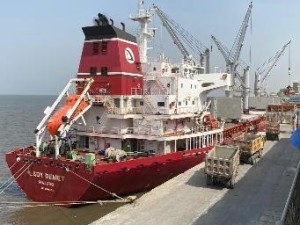