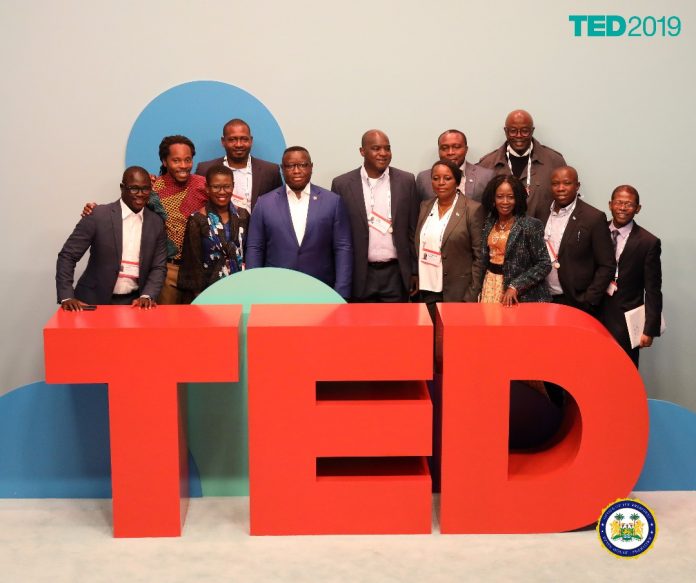 On Tuesday, January 16, 1996, I walked into the Office of the President as Head of State of the Republic of Sierra Leone. I had not been elected.

Four years earlier, I was one of 30 heavily-armed military officers, all of us in our twenties, who had driven from the war front into the capital, Freetown. We had only one objective – to overthrow a corrupt, repressive, and single-party dictatorship that had kept itself in power for over 25 years. But in the end, it was not a violent coup.

After we fired just a few shots and seized the radio station, thousands of citizens jumped into the streets of Freetown to welcome us as “liberators”. If you are thinking that this seems like a movie script, I am with you.

I was part of the ruling military government and I served in several roles. Our goal was always to return the country to democratic rule. After four years, those multi-party democratic elections had still not happened. Citizens were losing faith in our promise. And I like to keep my promises.

So, some of my comrades and I staged another military coup – this time against our own head of state and commander. Again, it was a bloodless coup. That is how I became the new military Head of State on January 16, 1996.

I was still only 31 years old. Power was sweet. I felt invulnerable. I had thousands of heavily armed men and aircraft at my command. I was heavily protected and I lived a luxurious life. But my obligations to my nation were superior.

Millions of fellow citizens were either displaced or fleeing the violence and pillage of war. I engaged in a flurry of diplomatic activities across the sub-region and convinced the reclusive rebel leader to initiate peace talks for the first time.

I also called a national consultative conference of civil society organizations to advise on the best way forward for our nation. In both cases, I shared with them what I believed in and still believe in now – that Sierra Leone is bigger than all of us.

And that Sierra Leone must be a secure, peaceful, and just society where every person can thrive and contribute towards national development. And so I initiated peace with the rebels; organized multiparty democratic elections, handed over power to a new civilian President, retired from the army, and left my country for the United States of America to study, all in 3 months.

On many a long walk, I wondered how we could get it right again as a nation.

More than twenty years later, in April 2018, with a few more wrinkles and gray hair, I was again the Head of State. But this time, I had been democratically elected.

At the polling station last year, my 3-year old daughter Amina was in my arms. She insisted on holding on to the ballot paper with me. She was intent and focused. At that moment, with my ballot paper in both of our hands, I fully understood the one priority for me if I was elected President: How could I make the lives of Amina and millions of other young girls and boys better?

See, I believe that leadership is about creating possibilities that everyone, but especially young people, can believe in, own, work to actualize, and which they will actively fight to protect. The pathway to power and in leadership can be littered with impediments but more often, with thorny questions that seemingly defy answers.

How does one take on the unique challenges of a country like Sierra Leone? We had mined mineral resources for 100 years but we are still poor. We had collected foreign aid for 58 years and still very poor.

As a candidate, I met with and listened to many young men and women all across the country and in the diaspora. They were feeling disconnected from political leadership and cared little about the future of our country. How could we engage them and make them believe that the answers to transforming our nation was right in their hands?

Immediately after becoming President, I appointed some of Sierra Leone’s brightest young people as leaders with a responsibility to realize our shared vision of transforming Sierra Leone. I am grateful that many said yes.

Let me give you a few examples: Corruption had been endemic in governance institutions and in public life, undermining public trust and the country’s international reputation. I appointed a young attorney as Commissioner for the Anti-Corruption Commission. In less than a year, he’s had a 100% conviction rate and recovered about $1.5 Million dollars of stolen money. That is seed money for building the country’s first ever national medical diagnostic center.

The Millennium Corporation Challenge recently gave us a green scorecard for the ‘control of corruption’ indicator, and multilateral development partners that had left Sierra Leone are now returning again. We are determined to break the culture of corruption and the culture of impunity associated with corruption.

Before I even became a candidate for President, I met a skinny, dreadlocked, MIT-Harvard trained inventor in London. Over coffee, I challenged him to think and plan along with me how innovation could help to drive national development in the areas of governance, revenue mobilization, healthcare, education, delivering public services, and supporting private sector growth. How could Sierra Leone participate in the digital economy and become an innovation hub? Well, he left his cozy job at IBM and he now leads a team of young men and women within the newly established Directorate of Science, Technology and Innovation in the Office of the President.

But the story of my Government’s flagship program is even more “daring,” if I can call it that. Today, 3 out of every 5 adults in Sierra Leone can’t read or write. Thousands of children were not in school or had dropped out because their parents could not afford the $20 school fees per year. Women and girls who constitute 51% of our population were not given an equal chance to be educated.

So the obvious answer is to put in place free quality education for every Sierra Leonean child regardless of gender, ability, or ethnicity. Great idea… RIGHT? But the only problem is we had no money to start the program – absolutely nothing.

Development partners wanted to see the data before associating with my vision. Political opponents laughed at me. But I campaigned that a nation that invests in human capital development through free quality education, affordable and high quality healthcare services, and food security will accelerate its national development. I argued that for Sierra Leone to produce a highly skilled, innovative and productive work force fit for the 21st century global economy, we needed to invest heavily in human capital development. But we had no money because the previous government had virtually emptied the national coffers.

We clamped down on corruption, closed loopholes for fraud and waste, and we watched the money build up. We successfully launched the free quality education program in August- four months later.

Today, two million children are going to school. 21% of the national budget supports free quality education. In close collaboration and partnership with development partners, we have now provided teaching and learning materials, safe spaces for girls, and started implementing school feeding programs across the entire country. We have even paid backlogs of teacher salaries. Any girl admitted to university to study science, technology, engineering, mathematics and other related disciplines receives full scholarships.

And here’s why this matters. In a few years, we will have a healthier, better educated, and highly skilled young population that will lead and drive our country’s national development. They will be well equipped to deploy science, technology, and innovation. They will attract investments in diversified areas of our economy from tourism to fisheries and from renewable energy to manufacturing. That’s my biggest bet.

In my mind, this is what leadership is about: a mission to listen with empathy to the craziest of ideas, the hopes and aspirations of a younger generation who are just looking for a chance to BE better, and to make our country better. It is about letting them know that their dreams matter. It is about standing with them and asking, “Why not” when they ask seemingly impossible questions. It is about exploring, making, and owning a shared vision. The most audacious and nation-changing events or policies or even personal choices happen when we ask “Why not,” then make bold choices, and ensure those bold choices happen.

I wake up every day believing that our country should no longer be defined by the stigma of the past. The future offers more hope and opportunity for all. It matters more to me that young men and women all across the country can imagine for themselves that they too can be and are part of this story of our nation. I want to challenge them to build a country where 3 year olds like my daughter, Amina, can grow up with good governance, quality education, healthcare, and good infrastructure. I also want our children to become young women and men who can continue nourishing the tree that grows from the seeds that we are planting today.

Now, can someone tell me why we should not dare imagine that future in Sierra Leone?