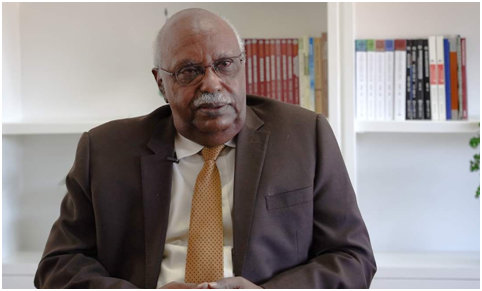 The African Union (AU) appreciates China’s and Indonesia’s support for the AU to join the Group of 20 at the just concluded G20 Leaders’ Summit in Bali, Indonesia, Rahamtalla M. Osman, Permanent Representative of the AU to China, told the Global Times, stressing that many common challenges facing the world need to be collectively addressed in a global manner.

In his address at the G20 summit in Indonesia on Tuesday, Chinese President Xi Jinping said China supports the AU to join the G20.

“This stand from China is not surprising, as it tallies with continuous support to the African countries in the international fora. It is also a reflection of the mutual support that characterizes the political relations between China and Africa,” Osman commented.

Africans must be better represented in world key decisions fora, and not just as observers, he stressed.

Inspired by Xi’s announcement that China supports the African Union in joining the G20, Cavince Adhere, a Kenya-based international relations scholar, said, “As the largest developing country, China has been in the forefront in championing the interests and legitimate rights of developing countries,” the Xinhua News Agency reported.

South African President Cyril Ramaphosa called for the AU to be included as a permanent member of the G20 leading economies at the summit in Indonesia on Tuesday. “We call for continued G20 support for the African Renewable Energy Initiative as a means of bringing clean power to the continent on African terms,” Ramaphosa said.

“Africa, with its huge resources and almost 20 percent of the world population, if it joined the G20 would contribute positively to the holistic solutions for sustainable development and good global governance,” Osman told the Global Times.

Africa has been an active member of all international organizations, but not the G20. The call for the admission of AU to G20 is of significant value to the global economic order, according to the ambassador.

As such, the inclusion of the AU in G20 is critical for the promotion of structural solutions that benefit the entire continent, he noted.

“African countries are suffering from the impact of environmental challenges which also strike their economies. When you look to the advanced countries, especially the G7 countries, which are not willing to pay what has been agreed upon at different international platforms to assist the developing countries on environmental issues as well as the COVID-19 pandemic, you will understand why Africa needs full membership across global multilateral mechanisms to deeply, and collectively, deal with the issue, but not just in a very superficial way,” he told the Global Times.

“China has been helping us in Africa since the eruption of the pandemic. But there are issues that should be globally dealt with, because those are challenges we are all facing. It is a matter of the global economy, not only for Africa,” said Osman.

“The experience of the G20 is definitely very useful. If you take the example of the first meeting of the G20 in 2008, it is only the G20 which managed to help solve the economic crisis,” he added.

The AU is made up of 55 member states which represent all the countries on the African continent, and has about 20 percent of the world population.

“As it has been regarded as the eighth-largest economy, Africa’s development can impact the global economic system for sure, so it should not be sidelined in international fora,” Osman underlined.

Indonesia, as the host of this year’s G20, has also pushed to include the AU to ensure that the plight and concerns of the continent will be represented in key meetings.

Osman said the AU has clear regional integration instruments and processes similar to the EU, which is the only regional organization that has membership of G20 despite having three G20 members – Germany, France and Italy.

The AU is playing a much bigger role in Africa than in previous years, and can serve as a vessel for countries on the continent that do not have the same development problems as South Africa, the only African member of the G20, said Osman. “But on many issues, AU is able to represent and speak in one voice, one stand on global and domestic issues.”

The AU membership of the G20 will not only benefit Africa, and the G20 needs African countries as they have vital resources to address energy challenges abroad. Africa is a major supplier of critical raw minerals globally, which are essential to different sorts of technologies from smartphones and electric vehicle batteries to satellites, which are sold and consumed globally, the envoy concluded.

Xi Jinping on Sharing China’s Development Opportunities with the World