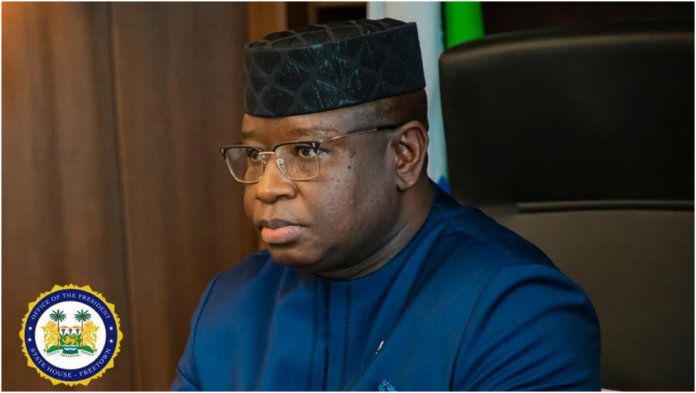 Though it is most times said that Sierra Leoneans are a resilient people, however, the rate at which prices of essential commodities and services are skyrocketing have forced the vast majority into abject poverty as most could not even afford a three square meal a day.

Under the prevailing inflationary situation, it is hard to contradict the fact that political ineptitude alone as to how the economy should be handled has made it difficult to easily access the much needed bread and butter as it is evident that the effects of the COVID-19 outbreak and the ongoing Russia-Ukraine war are also at play. Today, it is an established fact that the country falls among those with one of the hungriest populations in the universe.

Some have been advocating for some form of price control but that cannot be done within the context of the Government determining prices the prices of goods and services as those are really determined by the prevailing market forces of demand and supply.

Government, through the Trade Ministry, can just regulate prices just to ensure that consumers are treated fairly but whether the Government has been doing so effectively could be the subject of another day.

However, when this medium ventured out into the business and corporate world with a view to investigate how certain companies, with particular reference to telecommunications service providers, are coping under this galloping inflationary period, the findings were really startling leaving doubts in mind as to why some entities of theses GSM or Mobile Companies are still up and running, providing the much needed telecommunications services required in any modern society.

It was really mind boggling to learn that although these telecommunications companies, with special reference to Africell-SL, Orange-SL and Qcell-SL are registered to operate as business entities in the country, paying their taxes and positively contributing to development through the implementation of various projects under their Corporate Social Responsibilities, seemingly they are being remotely muzzled to operate according to the prevailing economic circumstances,  legislation, best practices and the dictates of the right market forces.

Cost of operations incurred by all telecommunications companies have quadrupled over the past few years to such an extent that the profit margins of these GSM Companies are dwindling by the seconds and for now are barely functioning based on the existing resources they were able to garner before things really became rough and tough.

Doing businesses under such difficult operational circumstances it could only be an option, on the part of GSM Companies, to increase the prices on the data bundles that they market ,which indeed  was what they resorted to only to evoke a loud hue and cry from subscribers in different parts of the country  until the Government stepped in and ordered that the telecommunications companies must revert to the former prices.

From the discoveries made during the investigative period it came out glaringly that these GSM Companies are incurring high production or operational costs to ensure that various telecommunications services are provided which many are presently making use of.

As the situation now stands, there seems to be no ending in the increase in Foreign Exchange rate against the Leones. The present day value of the UD Dollar is at Le. 18,000 (Old Leones) to $1.  This record an increase of 148% since the last GSM tariff adjustment was done in 2017 when the exchange rate was Le. 7,258 (Old Leones) to $1. Obviously, with these new increases, telecommunications companies are forced to make adjustments in data prices just to ensure that they are not losing.

As if to add salt to injury, the cost of Electricity Tariff has also gone up. Even electricity tariff which is a similar utility service and a cost driver for telecommunication services has witnessed a significant increase of 78% from Le. 1,890 (old Leones) to Le. 3,364 (New Leones) as at July, 2022.

Presently, the use of the internet has become very trending as many are using it for various purposes, other than, to conduct academic research. Since Zoodlabs took over the control of the internet from SALCAB the connectivity cost has increased. It is worthy of note that at the beginning of 2022, the cost of 1 Gbps data from Zoodlabs was Le 156 Million (Old Leones). Today, it is Le234 Million per Gbps recording 53% increase in the direct cost of the internet.

With all these costs that telecommunications companies are currently incurring, their move  to increase data prices was stiffly resisted against by the Government only because the vast majority of subscribers were complaining of another addition to their existing hardships.

Sweeping such a sensitive issue like that under the carpet could never be a positive move on the part of the Government as it is in no way a sustainable solution to the problem as the writing is clearly on the wall that contradictorily while the GSM Companies on the one hand are doing business to maximize profits the Government, on the other hand, is trying to protect or insulate subscribers from additionally paying for the consumption of data bundles. Interestingly, while the GSM Company are losing profits the Government is only concerned in creating the impression that it cares for the masses.

What is expected at this material time is for Government to step in and see how best it could help in reducing the operational costs that telecommunications companies do incur to function effectively. Such could be in the forms of waivers or tax exemptions.

Caught up in this quagmire, the telecommunications regulatory institution, NATCOM, promised to do the necessary consultations and arrangements in order to come out with a final decision that will be satisfactory to all concerned. However, from the time of making that statement to now, time has elapsed but the problem still remains and nothing seems to be done.

It is anticipated that with the current stalemate the GSM companies could ultimately resort to technicalities in order to work out the calculations in terms of how long a megabyte should last just to ensure that what is dished out should be commensurate to what is paid for.

There is also the probability that these GSM Companies would reduce the number of projects to be funded and rolled out under their Corporate Social Responsibilities as a way to recoup the operational costs expended by them.

Some have speculated that promotional programmes, though conduits of advertizing, which have transformed the lives of lucky winners could be dwindled by these GSM Companies.

It must be underscored that the situation is a very sensitive one and must be carefully handled.

But as the situation now stands, if not quickly addressed, it will degenerate into telecommunications disruptions countrywide as another alternative until a meaningful headway is forged.

If that takes place then the consequences could only be dire and negative far reaching leaving only the option of the Government and GSM Companies hurriedly coming together to reach an agreeable position.