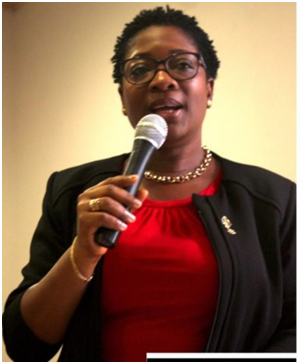 The Budget Advocacy Network (BAN) has on the 11th November, 2022 stated that it is now one year and still counting since Sierra Leone’s Auditor General, Lara Taylor-Pearce and one of her deputies, Tamba Momoh, were suspended from office.

It continued that a Tribunal was set up on the 18th November 2021 to look into the alleged misconduct for which charges were only brought up by the State almost seven (7) months after their suspension.

Members of BAN say they are concerned about the snail pace with which the Tribunal proceedings are unfolding, which has created uncertainty as to when all would end.

The organization furthered that in their previous press statements dated 11th November 2021 and 9th March 2022 on the matter, its members reminded the Government of Sierra Leone not to undermine public accountability, which is fundamental for good governance and development.

According to them, their press statements also appealed to the Government to refrain from actions that would hamper efforts in maintaining fiscal discipline and accountable use of public resources.

It was underscored that over the years, the Auditor-General and team have offered immense support to uncover corruption and mismanagement of public resources.

That, they say, is evident in several Audit reports, which were also utilized in the last Commission of Inquiry adding how it goes to say that the suspended Auditor General and her team have been very committed to their work to ensure effective financial management of public resources.

Members of BAN said they strongly support the statement of IMF in the Article IV Review calling for the financial and operational independence of the Audit Service Sierra Leone to be a priority and the need for timely action to ensure the independence to safeguard confidence in the management of public resources.

They quoted the IMF Article IV Review in which the Government states, “We are also committed to strengthening the ASSL’s independence. We are committed to a time-bound and transparent tribunal for the suspended auditor general and her deputy“.

It was lamented that, however, the public is not aware of any timeline set by the tribunal and they are strongly urging the Government to uphold its commitment made in the Article IV Review by publishing a clear and transparent timeline for the tribunal process.

The members of BAN concluded that while they still hold on to their position for His Excellency the President to reverse such a decision, they are equally very much concerned about the Tribunal’s slow pace, which tends to further derail the audit accountability architecture in Sierra Leone.

Without An Independent Auditor General… Public Accountability Will Be Very Weak