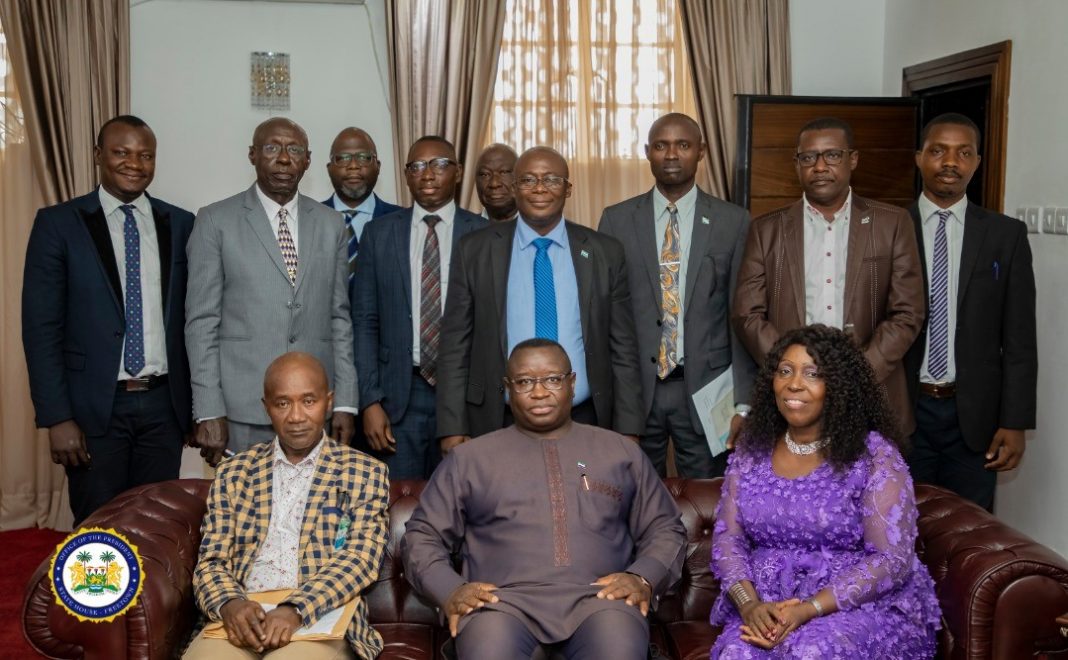 At State House on 28 January 2020 the National Governing Council of the African Peer Review Mechanism, APRM, paid a courtesy call on His Excellency President Dr Julius Maada Bio during which they commended him for maintaining good governance in the country.

The Executive Secretary for the APRM, Dr Charles Joezie Silvia in presenting the team to the President said they had mutually agreed on the instrument that was voluntarily acceded to by member States of the African Union as a self-monitoring mechanism.

Dr Silvia said that APRM was founded in 2003 and Sierra Leone joined it in 2003 with the mandate of encouraging conformity with regards to political, economic and corporate governance values, codes and standards, among African countries. He added that the objective around socio-economic development was also to ensure monitoring and evaluation of AU Agenda 2063 and SDGs 2030.

Chairman of APRM, Ms Abigail Renner, expressed deep gratitude to President Bio on behalf of the Secretariat. She added that they were pleased with the leadership of the President to strengthen the capacity, reinforce and monitor compliance of the standards of APRM in Sierra Leone.

“Your Excellency, we will continue to work hard to ensure that Sierra Leone positions herself in meeting the requirements that were set among its continental peers, and also to support your administration achieve the desired successes, especially in promoting best practises not only in our beloved country, but in Africa as a whole,” she noted.

On his part, President Bio thanked members of the visiting team, stating that he was pleased to see that the Secretariat was reconstructed and now functional. He added that he wanted to see a cleaner image of Sierra Leone in the international arena.

“Good governance is at the heart of everything we are doing. We want to be useful members and to play our part for all to see and it should be acceptable around the world. We all should work hard to make us better to deliver on our mandates,” he emphasised.