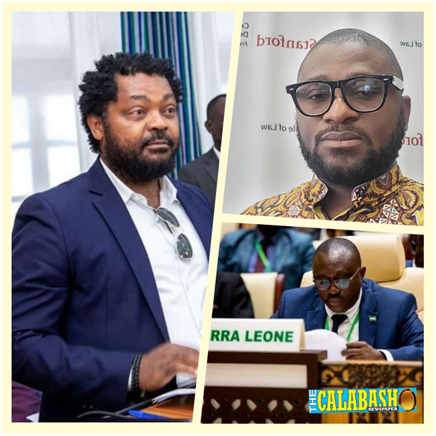 In a Press Release dated 1st September 2022 and signed by Emmanuel Saffa Abdulai Esq as Chairman and Ahmed Sahid Nasralla, as Head of Media, it was revealed that the Chief Minister of the Republic of Sierra Leone, Jacob Jusu Saffa, officially inaugurated the Special Investigation Committee that will look into the events of 10th August 2022 during a brief meeting at State House on the 1st September 2022.

Also mentioned was that in presenting the Terms of Reference to the Committee, the Chief Minister congratulated members of the Committee and assured them of their independence.

It was further stated that he admonished the Committee to be mindful that there is an ongoing criminal investigation into the August 10th events by the Sierra Leone Police, with which the Committee will have some form of collaboration.

Highlighted was that the terms of reference for the Committee, logistical, and operational issues were also discussed.

Chairman of the Committee, Emmanuel Saffa Abdulai Esq., it was said, thanked His Excellency President Julius Maada Bio for the appointment, describing it as a very important national assignment.

Also mentioned was that the Chairman called on the cooperation and support of Sierra Leoneans at home and abroad, assuring the public that the Committee will maintain the highest levels of integrity, transparency, and impartiality in the course of its investigation.

It was concluded that the Committee will update the public on its activities as and when necessary.