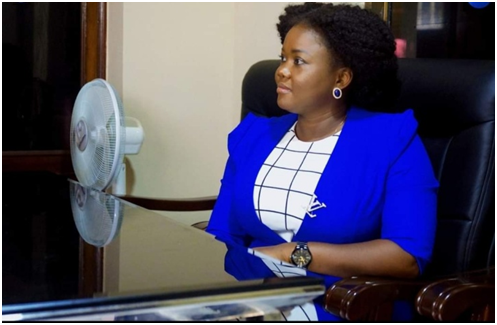 The Salone Lives Matter (SLM), with Henrietta Mbawa as Chief Executive Officer, as an organization having the mandate to advocate for the protection of children, women, and girls, vulnerable adults and those living with disabilities through stories told via films has on the 1st September 2022 emphatically stated that its members are deeply concerned over the most recent heinous act of leaked sex tapes circulating on social media.

It continued that according to investigations they conducted the videos of young girls and women engaged in sexual activities were being shared widely on social media and shared hundreds of times adding how the leaked tapes have not only caused upset but were most alarming since some of the participants appeared to be unaware that they were being filmed.

“We at Salone Lives Matter believe our women and girls of Sierra Leone should and must be protected from being hurt and mistreated in body or mind and to be free from all forms of sexual abuse,” it was categorically stated.

The organization says it also strongly believes the actions by those sharing the clips also amount to a form of cyberbullying that can have adverse psychological effects on the participants, such as depression and suicidal ideation.

It maintained that as a network, Salone Lives Matter is calling on Civil Society and human rights organizations, and the Government for an immediate investigation into the matter and for the culprits to face the full force of the law when convicted.

Salone Lives Matter is asking individuals to join them by adding names to their list and send an email to info@salonelivesmatter.com or send them a direct message via their Facebook page further calling on members of the public to refrain from sharing the clips.

In the meantime, Salone Lives Matter says it is also calling on the Ministry of Gender and Children’s Affairs to consider providing an emergency number for the victims and their families to contact for help and advice adding that  if  a person a victim, is he or she should please don’t hesitate to contact them through their direct message service on their Facebook
page – Salone Lives Matter today adding how they will be happy to pass individual details to appropriate services for support.