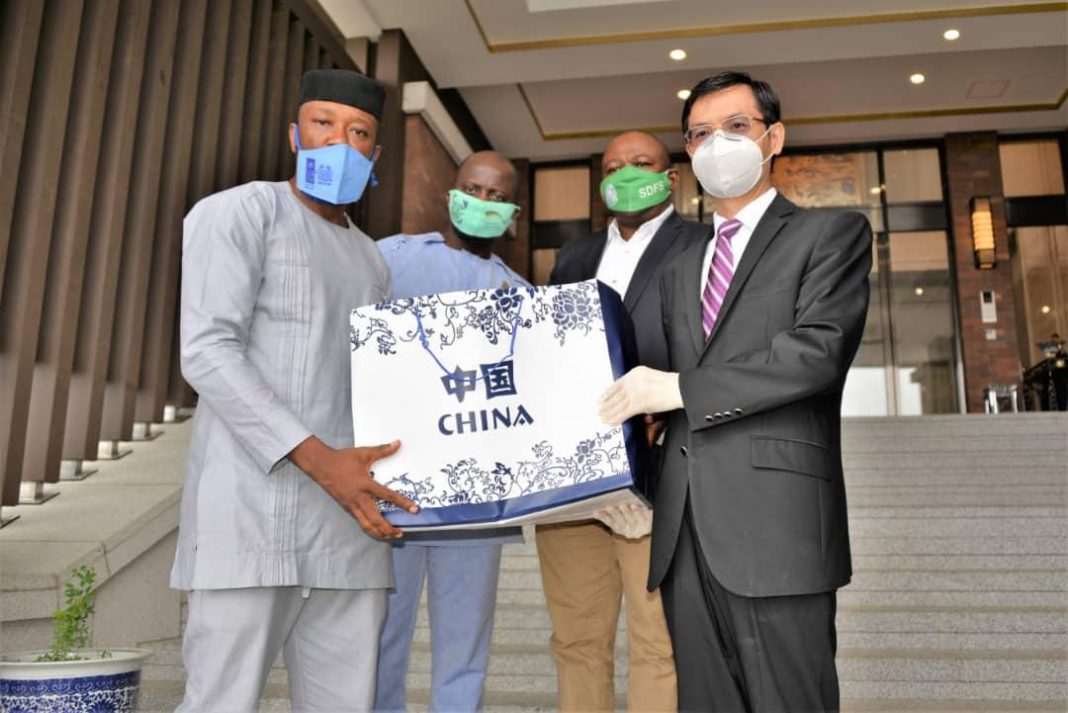 On Friday 7th August 2020 Lusine Kallon ,Deputy Minister of Youth Affairs  together with the Commissioners of NAYCOM, Thomas Ngolo Katta and Emerson Kamara received gifts from the Embassy of the People’s Republic of China in Sierra Leone for the empowerment of young people.

Ambassador Hu Zhangliang said the “small token” is a gesture of their bilateral relationship with Sierra Leone and continued support to the Government.

He said the Embassy will continue to promote the social and economic development of Sierra Leone through their various programs, awarding of scholarships and short training courses that have benefited over 4000 Sierra Leoneans.

The Chinese Ambassador noted that young people are the future foundation of any country and should be involved in the country’s development. He noted that underdevelopment is the root cause of most violence in some countries across the globe.

The Deputy Minister of Youth Affairs called on the Embassy to support the sector in the development of the middle-level manpower through Technical Vocational Education and Training (TVET) programs.

He said most of the violent incidents that occur in the country are partly due to the high rate of  unemployment, peer pressure, and other influences.

NAYCOM’s Commissioner Ngolo Katta thanked the Ambassador for the gesture which he said will be distributed to young people judiciously. He emphasized the need to develop TVET as he highlighted some of the Commission’s priority areas including a tech-hub at the Obasanjo Skills Acquisition Center.

He also said the Commission will be developing projects around alternative livelihoods for bike riders looking specifically for opportunities around agriculture. 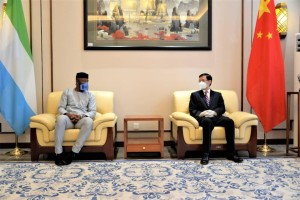 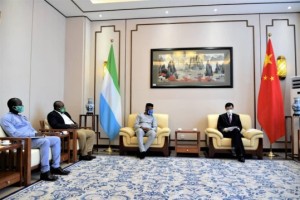