As the rape cases continue to rise in the country, the Jennifer Thompson Foundation, a non-profit organization has demanded justice for all rape victims in Sierra Leone, as the Foundation is primarily focusing on empowering Sierra Leonean women worldwide.

This medium was informed that the members of the Foundation have been working assiduously in furthering the interest of children in the country in order to live safely, enjoy and exercise their rights. The Foundation said it is currently calling on the Police Force to expedite the process of putting together evidences against alleged perpetrators of rape and other forms of Gender Based Violence in order to proceed with proffering charges against alleged perpetrators with the strong conviction that if such are achieved then justice will be quickly done to each and every rape victim.

This disclosure was made during an exclusive interview with the Chief Executive Officer of the Jennifer Thompson Foundation, Jennifer Adeshola Thompson, who is also recognized as a philanthropist.

Jennifer further intimated this medium that the Foundation is mainly focused on empowering women globally also highlighting that they are working in the interest of the Girl Child. She added that as a Foundation they are deeply concerned about the increase of reported sexual assault and rape cases in the country.

“In that regard we are therefore seeking justice by advocacy, using various Social Media platforms, mounting online sensitization and awareness campaigns in order to ensure that perpetrators are held accountable for their actions,” she intimated.

She lamented that even though a lot of efforts have been made to eradicate rape in the country, referencing the ‘Hands of Our Girls’ initiative and the enactment of the Sexual Offences Acts into strong laws to ensure that the perpetrators of rape face life imprisonment, however, domestic violence, abuse and rape are now frequently perpetrated.

Jennifer lauded the First Lady, Fatima Bio and all those who initiated and are popularizing the “Hands of Our Girls” sensitization campaigns, saying the initiative is truly shedding light on the worrisome scourge.

The Foundation’s CEO further revealed that their activism goes beyond influencing policies as it extends towards spreading the message across that disrespect against women and girls are inhumane and that her Foundation is deeply concerned with the sexual assaults and rape cases especially when the number of reported cases is increasingly reported. Jennifer stated that they are standing by the side of young girls in order to make sure that they are protected from sex predators.

She further stated that Sierra Leoneans are calling on the Government to continue to take all the necessary steps to see that the perpetrators face justice.

“We must continue to set examples, stand together and protect every woman and Girl Child. It is understandable that in as much as sometimes rape victims end up to die, however, even if the perpetrators are pronounced guilty that will not bring back the deceased to life which is why serious action, by way of punishment, must be instituted as that will send the right signals that rape is a heinous offence and those that perpetrate it must be ready to face the consequences for their dastardly acts,” she maintained.

She said recently there was an alleged rape of a five-year-old girl in Freetown for which their organization is appalled, concerned and therefore sent condolence messages to the family of the late child.

Jennifer also called on Child-led Organizations, Women Groups, Civil Society Organizations in Sierra Leone to offer solace and support to victims of rape and other gender based violent activities or actions.

She ended by applauding the Government of Sierra Leone for the establishment of the country’s first-ever Sexual Offences Model Court (SOMC) while saluting the great courage of survivors of Sexual and Gender-based Violence (SGBV) stating that the Government also needs a sound national strategic plan on ending Gender Based Violence as well as the establishment of a forensic lab so that tests could be rapidly conducted and rape cases ascertained. 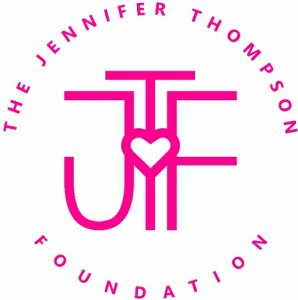