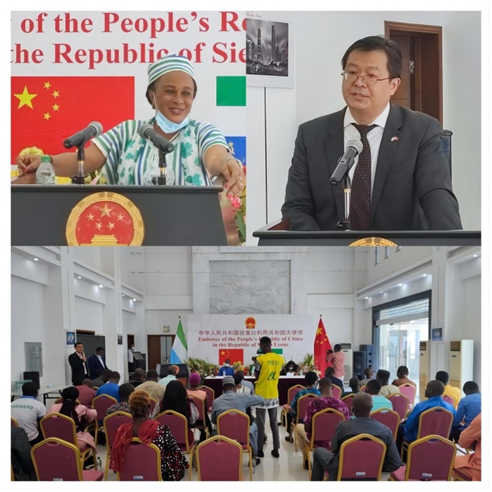 He averred that the essential requirements of Chinese modernization are: upholding the leadership of the CPC and socialism with Chinese characteristics, pursuing high-quality development, developing whole-process people’s democracy, enriching people’s cultural lives, achieving common prosperity for all, promoting harmony between humanity and nature, building a human community with a shared future, and creating a new form of human advancement.

Dr. Theresa Tenneh Dick, Dr. Alphaeus Koroma and members of SISLAA happily recalled their memory of studying in China and congratulated China on the successful convening of the 20th Congress of the CPC National Congress. They said that Sierra Leone can learn so much from Chinese Modernization, including pursuing modernization through a path that suits to one’s own conditions, seeking common prosperity and eradicating poverty, developing based on one’s own efforts and more international cooperation, etc.. The participants vowed to play a more active role in promoting the mutual understanding between Sierra Leone and China.