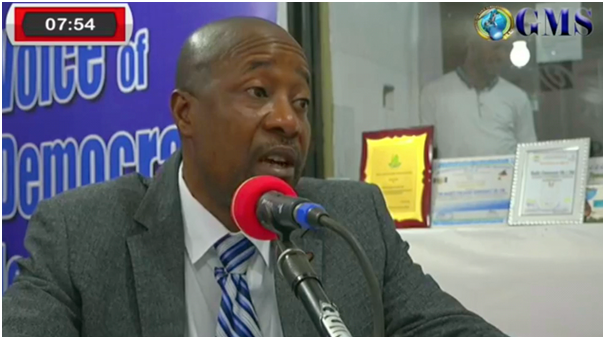 As was promised in a recent edition we published, this medium continued thorough investigation aimed at proving the veracity of rumours making the rounds in certain circles that telecommunications services in the country will be shortly disrupted if practical and concrete steps are not taken to address certain burning issues affecting the smooth operations of GSM Companies in the country, various moves were taken.

It is a sad fact that in modern times the global economy is going through tough economic times as standards of living are falling rapidly, especially in developing countries, evident in the escalation of the prices of basic commodities and services. The negative effects of the COVID-19 Pandemic on national economies, the ongoing Russia-Ukraine War is also having its economic toll on most countries added to bad political governance that continues to plunge the vast majority into abject poverty.

In an attempt to make a radical departure from the past against the backdrop of revamping the economy much emphasis was placed on Direct Foreign Investment with the aim of wooing potential investors into the country that will have positive effects on the economy.

Although to a certain extent the initiative is good, however, certain militating factors are really preventing potential investors from being attracted into the country.

Our investigation proved beyond all reasonable doubts that telecommunications companies operating in the country are currently not finding it all rosy as the costs they are expending on operations have now gone off the roof as compared to what they used to realize in returns.

Telecommunications companies now find themselves in a very tight corner. Based on the costs of production, which have escalated tremendously, these GSM Companies want to make adjustments in data prices in order to regain strong business stamina.

On the contrary, the Government is against any increase in data prices as it wants to demonstrate that it is championing the interest of the masses. Juxtaposing the two now turns the situation into a quagmire.

However,  what cannot be hurriedly swept under the carpet at this material time is the indisputable fact that telecommunications companies are indeed going through very trying times.

It must be noted that since SALCAB folded up and Zoodlabs took over control of the internet there has been improvement in terms of speed. Worthy of note is that at the beginning of 2022, the cost of 1 Gbps data from Zoodlabs was Le 156 Million (Old Leones). Today, it is Le234 Million per Gbps recording 53% increase in the direct cost of internet.

To any right thinking individual, the sharp increase in the price of the internet will invariably not encourage telecommunications service providers to maintain the same old data prices. Even a brilliant kindergarten kid will tell you that the two do not add.

Telecommunications companies are always trying their best to woo as many subscribers to their networks which is why some are even attempting to access hard to reach areas of communities. To address that, they, from time to time have to construct telecommunications sites, towers erected etc. Lamentably, the costs of site construction materials (Steel and Cement) have gone up.

Increase in fuel cost is now the order of the day. Telecommunications companies utilize fuel in large quantities meaning that they have to pay for more fuel.

From the foregoing, it is indeed imminent that there will come a time when an impasse will set in creating very unpleasant and awkward situations that will affect effective communications.

As for now, the delicacy and seriousness of the unpalatable situation if not handled with tact and good entrepreneurial initiatives the imminent negative effects on telecommunications subscribers but will seriously dent the image of the country.