One of the foremost human rights organizations in the country, Campaign for Human Rights and Development International (CHRDI), has called on the Anti-Corruption Commission to investigate both Honourable Paran Tarawally, the Administrative Head of the Sierra Leone Parliament (otherwise known as Clerk of Parliament) and Honourable Ibrahim Tawa Conteh in order to shed light on alleged disclosed corruption issues.

In a letter dated 22nd November 2019 , written to the ACC Commissioner by the Chief Executive Officer of Campaign for Human Rights and Development International (CHRDI) Abdul M. Fatoma, it was stated : ‘we are extremely concerned about allegations presented on national radio (Radio Democracy 98.1) on the 22nd November, 2019 by two Honourable Members of Parliament who were engaged in accusations and counter accusations for corrupt activities.’

CHRDI, according to the letter, believes that the ACC has the mandate to address the concerns of corruption in the interest of the general public.

‘We at CHRDI know that accountability and transparency are support systems for success in any society. We are equally aware that in a democratic society like Sierra Leone, accountability to the public by its elected representatives is vital because policies will not be made by officials with little or no connection to the public,’ the letter stated.

It added: ‘Our flagship campaign, the Accountability Campaign, successfully raised public awareness around the Constituency Development Fund and the administration and operations of the Parliament of Sierra Leone and also implores citizens to ask their Parliamentarians to give account of their stewardship and all monies received for and on their behalf in 2018 to 2019.’

Report doing the rounds states that the Anti-Corruption Commission (ACC) has invited Honourable Paran Tarawally, the Administrative Head of the Sierra Leone Parliament (otherwise known as Clerk of Parliament) and Honourable Ibrahim Tawa Conteh of Constituency 132 to assist the Commission with their investigations into an alleged corruption matter.

ACC’s Director of Public Education and Outreach, Patrick Sandy said the two public officers are to report on Monday 25th November, 2019 at 10 am.

Their invitation reportedly came after both of them made direct allegations against each other of corrupt acts and misappropriation of public funds in the current parliament over the popular “Gud Mornin Salone” program on Radio Democracy 98.1 FM. 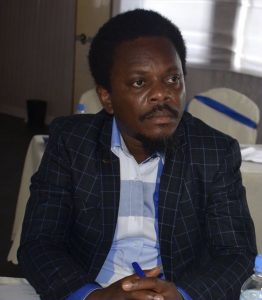