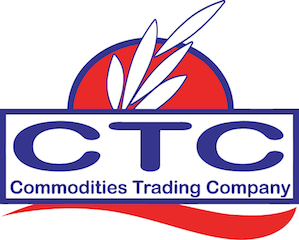 Sierra Leone’s biggest and most reliable rice importer, the Commodities Trading Company (CTC) has on Thursday 2nd July 2020  in an exclusive interview with this medium refuted claims of allegation of  deliberately and nefariously  orchestrating a short fall in quantity of bags of rice and  Sugar that it sells to members of the public. This response by Management of the company came in the wake of an allegation made by a purported member of staff of the Sierra Leone Standards Bureau in an insert that was aired on Radio Democracy 98.1 on Thursday 2nd July, 2020.

The CTC Manager of the Client Town Stores, Theo Yassin, disclosed that the allegation made against their company is completely false and baseless furthering how there has never been a time when they have engaged in such an act.

He said the company started operations in Sierra Leone in 1989 and since then they have been importing the most high quality rice in the country with a workforce of over 2000 workers, noting that due to the high quality of their products, the company sells over 120,000 bags of rice nationwide per day highlighting that they are the only company that is selling such a quantity.

Theo Yassin stated that the company imports rice like Bella Luna, India Pam Boil , Big Joe Green and Orange Bags from South America, Butter Brand (B&B) from China, adding that their mandate is to ensure that they give utmost satisfaction to Sierra Leoneans.

He also disclosed that the company has over 350 contract employees working in their Rainbow Paint and Bomba Ice Cream factories.

The Manager disclosed that all of their workers are insured and the company is paying huge amounts of money  yearly as tax to the Government of Sierra Leone, also providing  health insurance as well as offering one bag of rice to permanent workers on a monthly basis.

He said Commodities Trading Company (CTC) has been in the commodity business for several years now and had consistently maintained an impeccable record in the country, as the biggest and most reliable rice importer in Sierra Leone. Similar explanations were made by the Manager of Datsun Stores at Kissy Yasser Baydoun and  his Deputy Kassim Basma.

It could be recalled that on Monday 18th May, 2020 during the launch of  one hundred and fifty six million United States dollars ($156M) for the Quick Action Economic Response Programme ,an event which took place at the Conference Room of the Ministry of Finance on George Street in Freetown during  Management of CTC assured the nation that there is sufficient stock of rice in the country that will last for several months.

The Quick Action Economic Response Programme is geared towards maintaining the macro-economic and financial stability in order to mitigate the impact of the COVID-19 shocks on businesses and households.

Speaking during the event the spokesman for CTC, Khalil Halloway, disclosed that there is enough rice and people should have no need to hoard rice now and that those hoarding it are doing so at their own risks.

He reiterated how CTC is assuring the nation that there is sufficient rice in the country and that there is no need for panic buying and storage of rice.

He established that they have increased their buffer stock from the usual 15,000 metric tons of rice to 40,000 metric tons and that they are doing so to be on the safer side and to avoid any shortage of rice in the market during this critical time when the country is been hit by the coronavirus that has affected all sectors in the country. 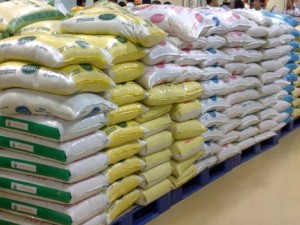 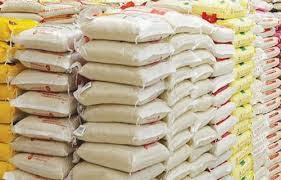