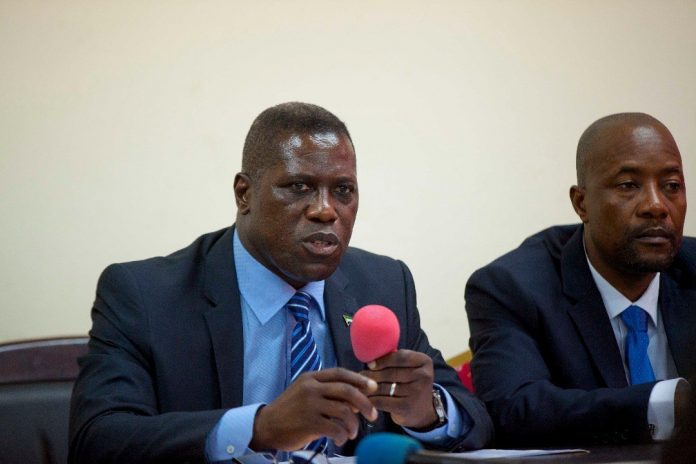 In an address, the registrar to the WAEC c Dr. Iyi J Uwadiae Mnim welcomed the Chief Minister as Chief Guest representing His Excellency the President and other council representatives from other West African Countries who came to attend the meeting. He said the major challenge of the WAEC was examination malpractices noting that the institutions was working on modalities to introduce improve technological measures such as the use of CCTV cameras in examination halls, ICT adminstration and many more.
He said the council has compressed the period for the examination from 87 days to 46 days. The registrar thanked the Government of Sierra Leone through the Anti- Corruption Commission for helping them in the fight against examination malpractices. He registered their commitment in adding value to education in West Africa.

The Chairman of the WAEC , Mr. Abubakarr Bouy said WAEC was established to conduct examinations for all English speaking West African countries. He said WAEC collaborate with Government,Ministers and agencies in order to provide good and quality service delivery. He stated that, the Council is charged with the responsibility to monitor examinations in the sub-region. He asked Governments of the Five member countries of WAEC to consider timely payment of examination fees and subventions to the Council, which he said will make their work effective and efficient.

The Chief Minister in his keynote address thanked WAEC for promoting education in the sub-region. He said the central focus of President Bio’s Government is to develop human capital and that WAEC is expected to place itself within that category. He said the operations of WAEC should not only be based on performance but to uphold and institutionalize the integrity of the process.
“We are expecting professionalism and best practices in all of your operations including grading of students,” he maintained.

He furthered that WAEC continues to be ranked among the leading examination bodies in West Africa and therefore must build the trust and confidence in our education system. He assured the Council of Government’s commitment to provide the necessary support in combating examination malpractices. He said the Government will meet all its obligations to WAEC without delay. The Chief Minister congratulated all delegates from the five member countries for a successful conference.