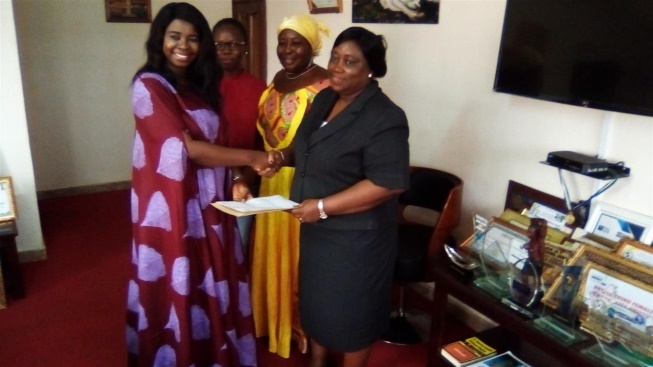 The Legal Aid Board and DORWONTONY Organization for the Aged (DoFA) on the 28th October 2020 have forged a partnership to cater for the justice needs of retirees and the aged.

Both expressed delight at and high hopes for the partnership. ‘This is very important to the Board because this is the first time we are having a partnership with an organization which caters exclusively for the needs and interest of the aged some of who suffer in silence because there is nobody to serve their interest,’ she said.

“During our end of year visit at the Pademba Road Correctional Center in Freetown in December 2019 we found many old inmates with pressing problems ranging from long sentences to those without indictments,’ she said.

DoFA will also work with the Board to educate the aged people on the laws particularly the Sexual Offences Act 2012 (As Amended). “Many old people are serving time in correctional centers for committing sexual offences,” Ms. Carlton-Hanciles said adding “One client told me he was innocent of the offence because he cannot rape a women when he is impotent.”

The organization will also refer aged people to the Board for legal advice and representation for those on trial, inform the Legal Aid Board when aged people are arrested and investigated by the Police and work with the Board to lobby for release on compassionate grounds for those who continue to show good conduct and contrition.